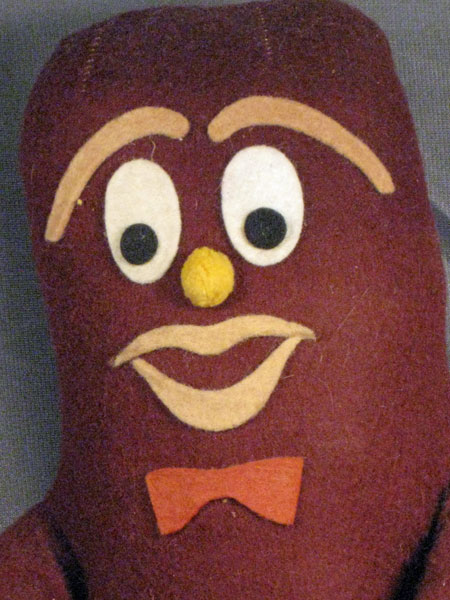 What could this happy guy with his jaunty bow-tie be smiling about?  His love of Lebanon bologna, of course! 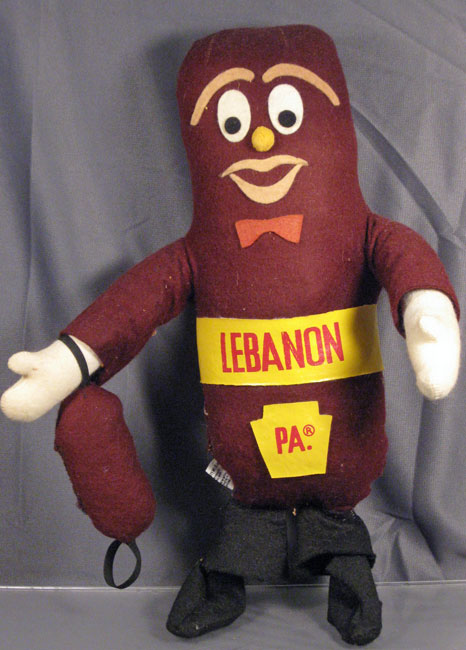 He might be a little bit biased, though.  After all, he IS a giant Lebanon bologna himself holding a smaller Lebanon bologna in his hand!  This felt doll is 16″ tall and was obviously a souvenir of Lebanon, PA.  Made by the Christy Mfg. Co., Inc. of Fayetteville, NC, he probably dates to the 1960’s.  If anthropomorphic items appeal to you as much as they appeal to us, this guy has to put a smile on your face.