Besides Carol’s “Smile” photo project, we would also like to introduce “Pick of the Week”!  Each week (or as we go out looking for new old stuff) we will pick our favorite find of the week!  Pretty simple, right?

To kick things off, here are two factory-built Aurora Monster kits Jim found at a flea market.  I will be honest; we found them a few weeks ago, but we still wanted them to kick off this series. 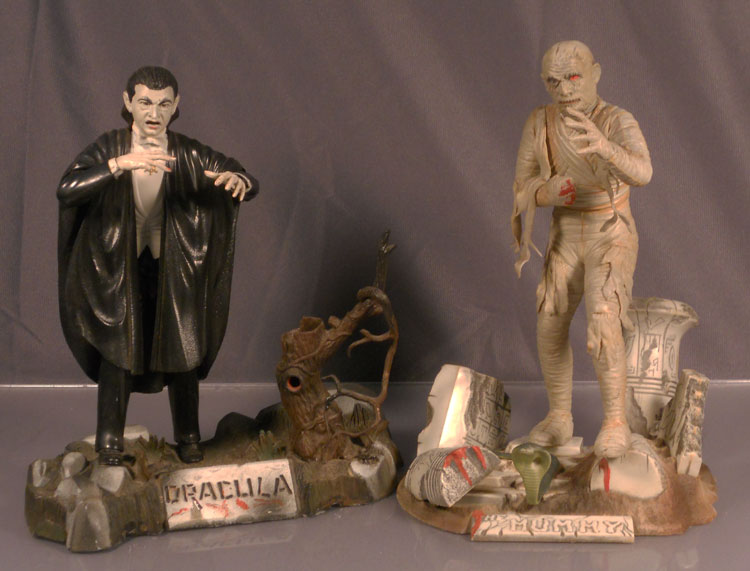 Dracula is from 1962, and The Mummy is from 1963.  Aurora would often send pre-built and painted kits to retailers to be used as advertising for their latest model kits.  Originally the monster kits would have been glued to cardboard advertising bases, but these have often been removed and are very rare to find intact. 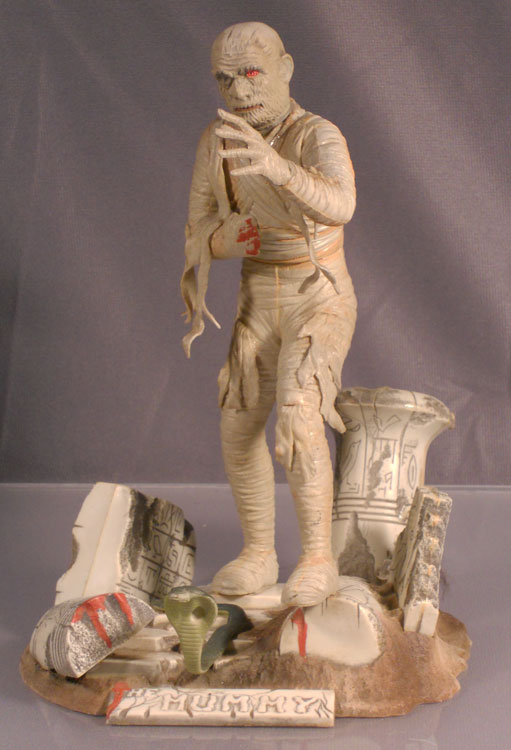 The Mummy was missing his left hand when we got him.  We have since replaced it. 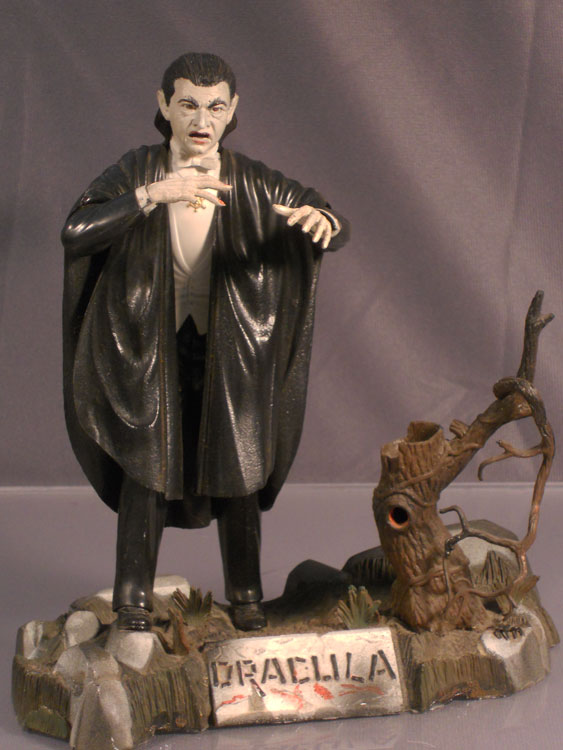 Dracula is missing his right pinky finger as well, which is a little bit harder to replace since it is an actual break.  Even with their problems, these kits are very tough to find and still well worth picking up.

It is not always easy to tell a factory built model kit, but there are a few key things to look for.  If the kits are not on their original cardboard displays, look for glue and cardboard remnants on the base.  There should be some evidence that they were glued down to something.  The next thing to look at is the paint job.  Factory built kits are extremely well painted for their time period.  Both of these kits have air brushing on them, which was not an option for the average person building kits back in the 1960’s.  Modern people can air brush vintage kits today, though, so another thing to look for is old glue in the seams.  The Mummy especially has old discolored glue all over him, and it is very obvious because the factory didn’t paint his body with exception to small details.  Newer glue doesn’t stain like old glues.  Finally, look for natural wear and tear.  These guys had about two inches of dirt and dust on them when we got them, and that stuff doesn’t show up overnight.

These models cost $20 each, which we think is a bargain.