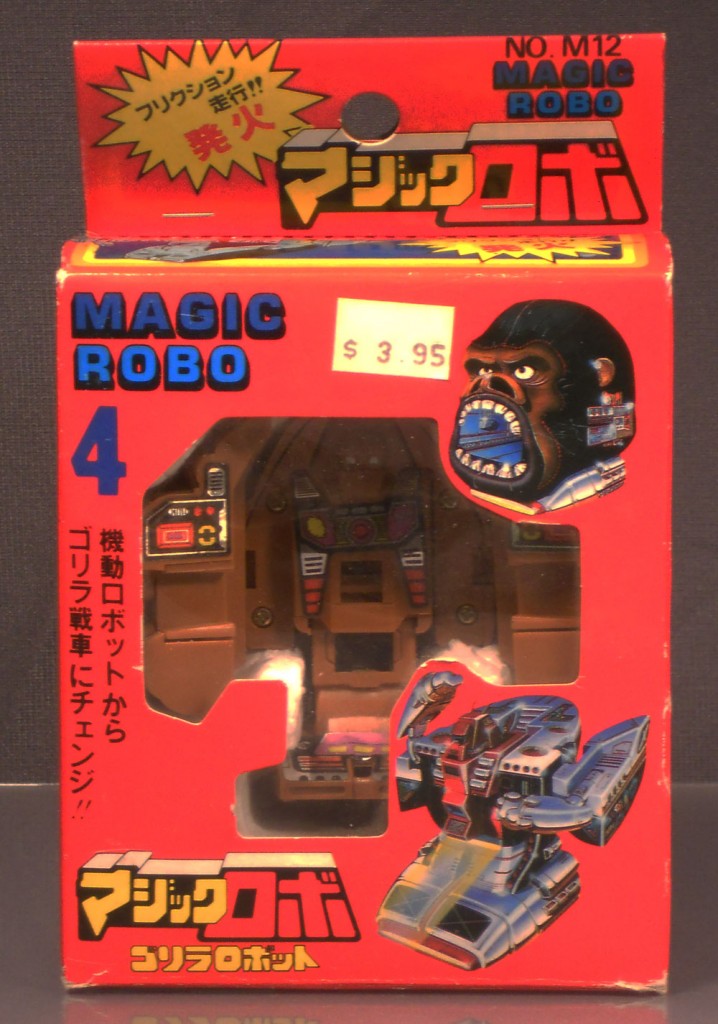 When I was about a freshman in high school, I decided that I wanted to start collecting monkeys.  I don’t know why exactly, but I think it simply comes down to the fact that there is a lot of crazy vintage stuff out there with monkeys on it, and I like crazy vintage stuff.  Also, it is common knowledge that monkeys are hilarious.  Of course, “monkeys” is a very broad genre to collect, so as I got overwhelmed with the crazy monkey goodness that I would come across at flea markets, I decided to focus my sights a little more on only the craziest and most awesome monkeys I could find.  Case in point: Magic Robo Transforming Gorilla Head. 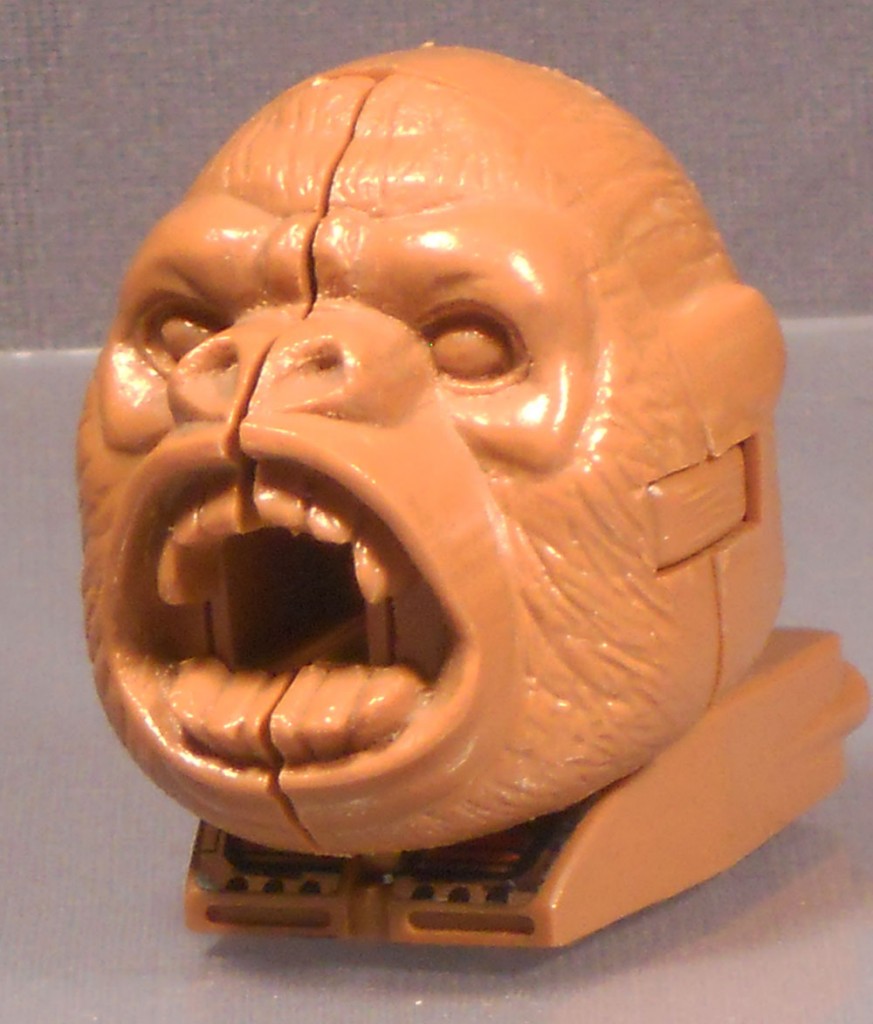 Note:   I am very well aware that gorillas are apes, so I guess if you wanted to get technical you could say that I collect monkeys AND apes.  That being said, I am just going to say monkeys because, well, it’s just so much easier. 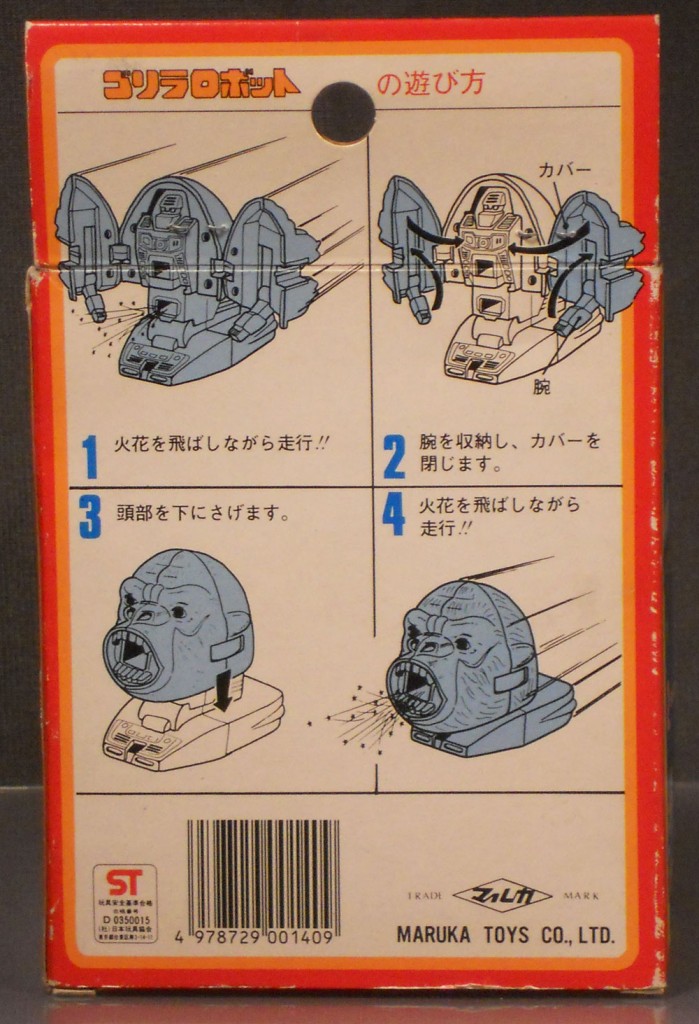 Even though all of the directions are written in Japanese, I don’t think it is too hard to figure out how Magic Robo Gorilla works. 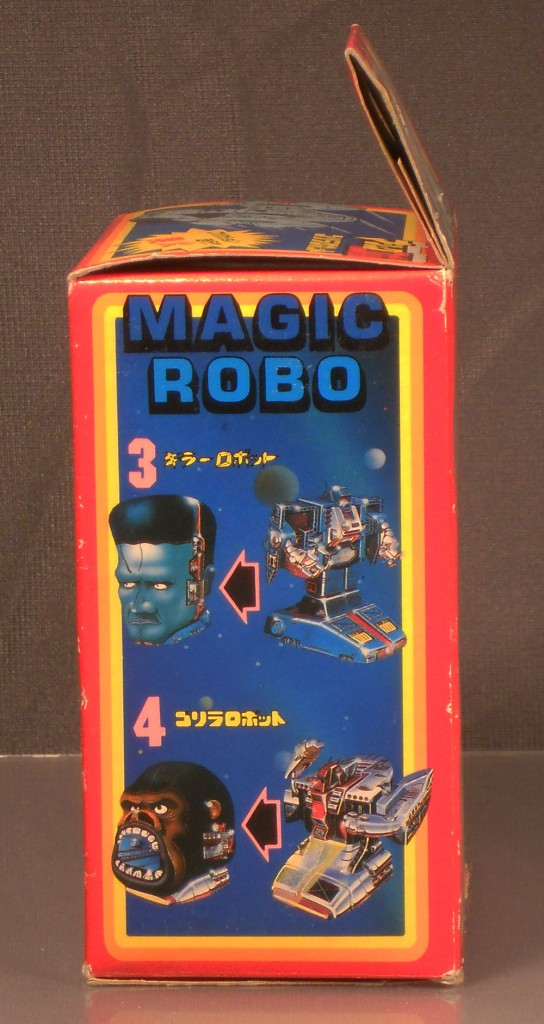 The Magic Robo series is a series of four monster heads that transform into robots.  As if it wasn’t cool enough that they made a gorilla, they made a skull, Frankenstein’s monster, and Dracula as well!  Why they aren’t full body monsters is a mystery to me, but the fact that they are only heads adds to the goofiness and awesomeness of the line.  The Magic Robo’s are a cheap knock-off Transformers-esque line also known as “Change Robo” made by Maruka Toys in the 1980’s.  They are all made in Japan.  Here is a site that shows all four monsters in all of their splendor and glory:

Looking at pictures of the other figures in the line, the gorilla is kind of an anomaly.  He is far more realistically sculpted than the others, and has a sparking mouth action that none of the other robots seem to have.  It is like Maruka Toys was trying to make the gorilla stand out as the best and most awesome Magic Robo. 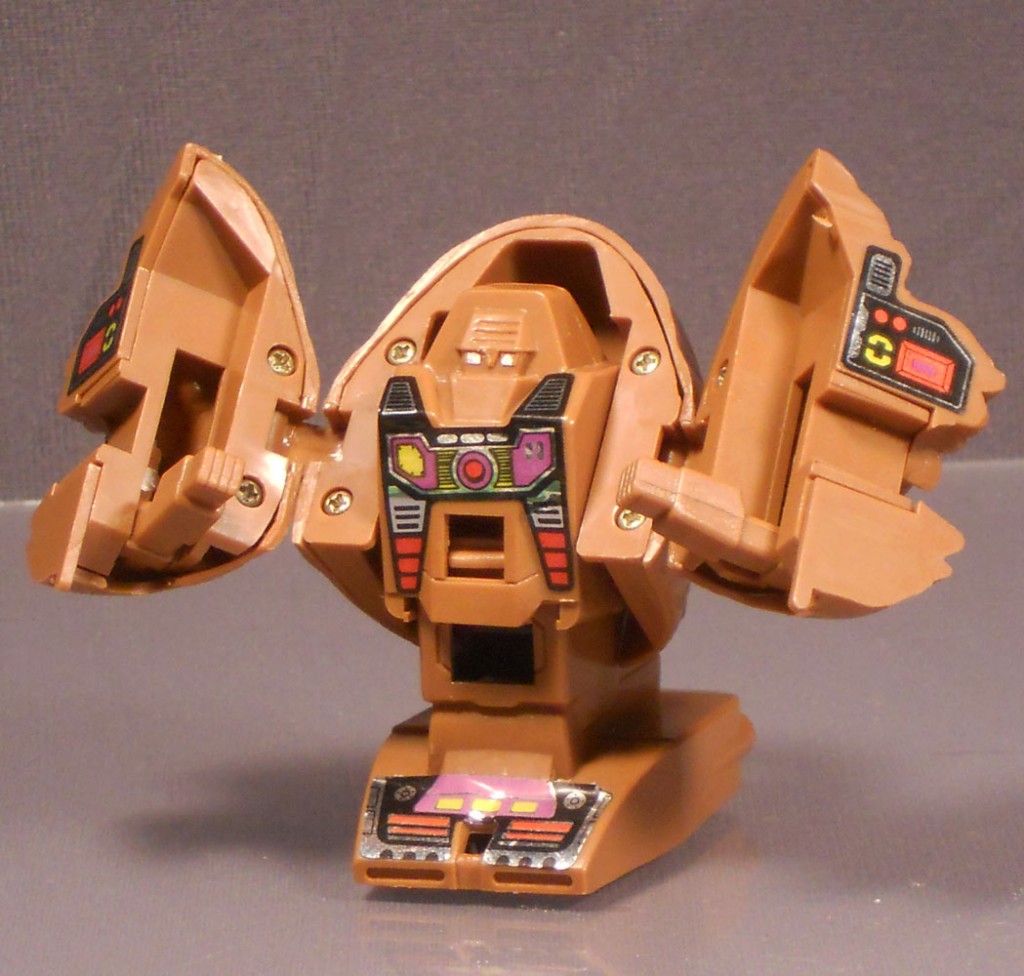 The robot version of the Magic Robo Gorilla is pretty lame, but I don’t think anyone buys this thing for its robot form.  They buy it because it is a transforming gorilla head that shoots sparks out of its mouth!

This piece is probably one of the crazier monkeys in my collection, and that is saying something because there is a lot of crazy monkey stuff out there.  Truth be told, I would be happy to own any one of the Magic Robo monsters, and maybe someday I will be lucky enough to own a few more, but at least I got the gorilla for my monkey collection.   He is certainly a stand out to say the least.