Shoe Shine Boxes: Free Enterprise at its Most Basic Form

When it comes to making a living, there isn’t anything that is more basic than shining shoes.   All you need is a box filled with polish, brushes and rags and you’re ready to go! 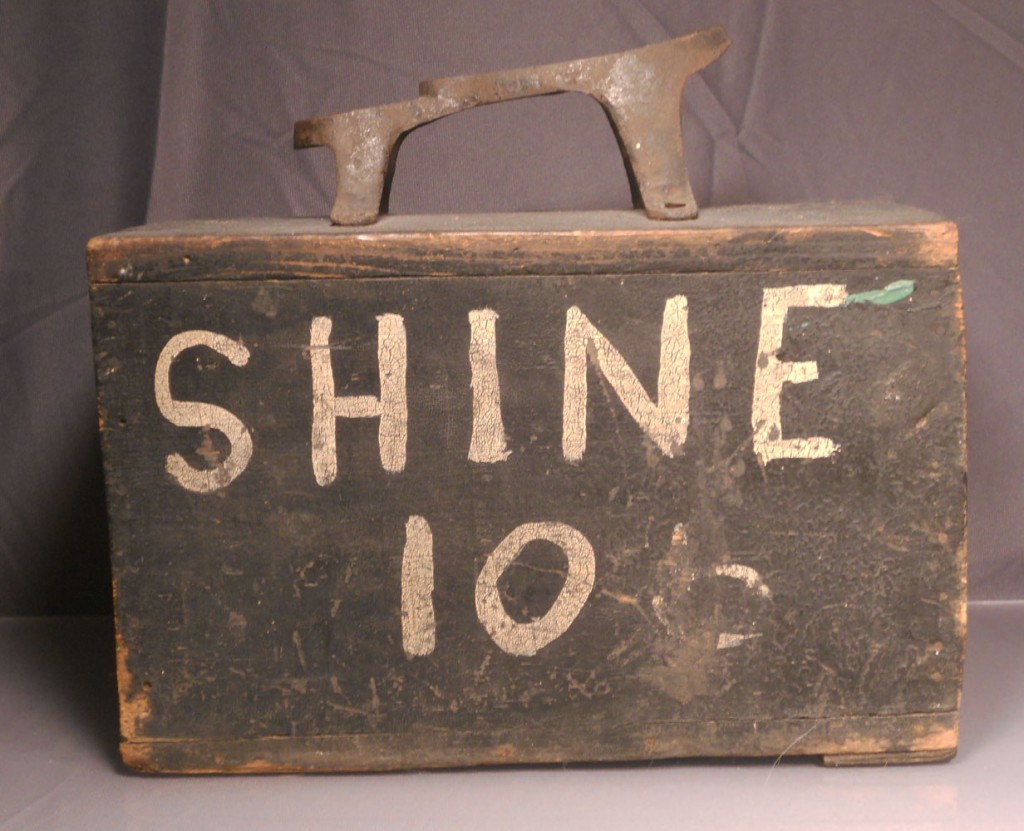 Although having someone shine your shoes is pretty much a thing of the past, there was a time when having shiny shoes was part of what it took to look like a successful businessman.  If you think about what the streets of any American city were like in the late nineteenth and early twentieth century, there was a lot going on that could dirty up your shoes in a hurry.   Just think of the mud and dust – not to mention horse manure and it’s easy to realize that the streets weren’t exactly paved with gold.

Like most things I have collected , I didn’t wake up one morning thinking that I was going to buy a shoe shine box.  I simply found one at a flea market and it appealed to me.  There was something about its folksy shabby chic nature that made me appreciate it for its age and the history it represented.  It was also cheap! 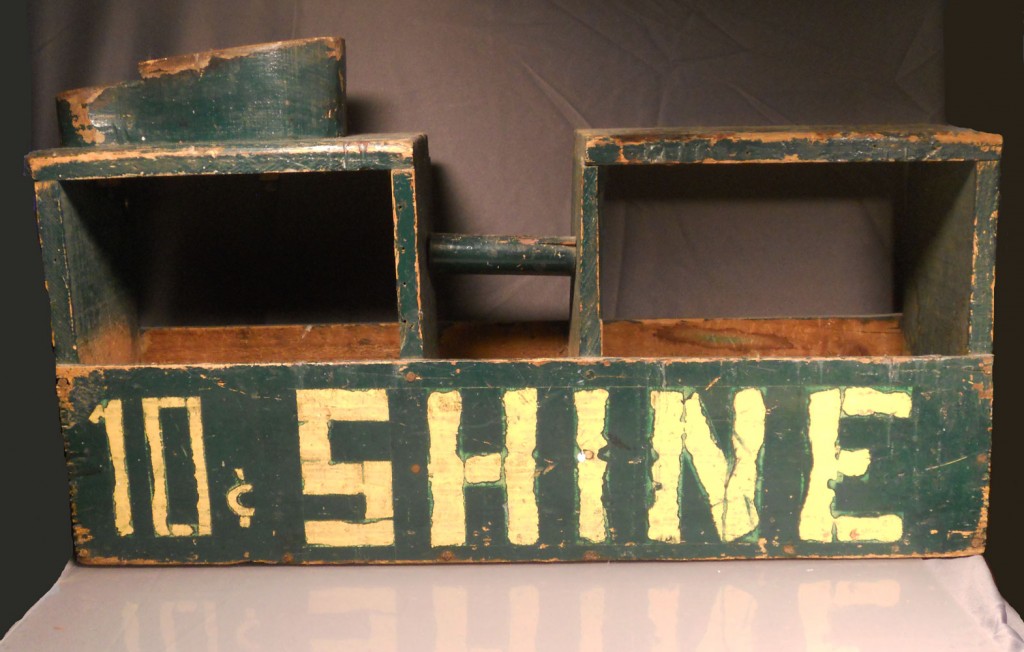 I should point out that there are shoe shine boxes –  and there are shoe shine boxes.  The kind I look for are the ones that were used on the streets by someone charging money – usually a nickel or a dime.  I look for boxes that are homemade, usually from scrap pieces of wood and have a footrest on top.  They are often rectangular in shape and have an opening for the polish, brushes, etc. and some reflect the creative nature of their owners.   Most importantly, they must have on them “Shine”, 5 cents or 10 cents or any combination thereof.  Many of the ones I have found still have their contents inside.   These were often used by young boys trying to supplement their family’s income. 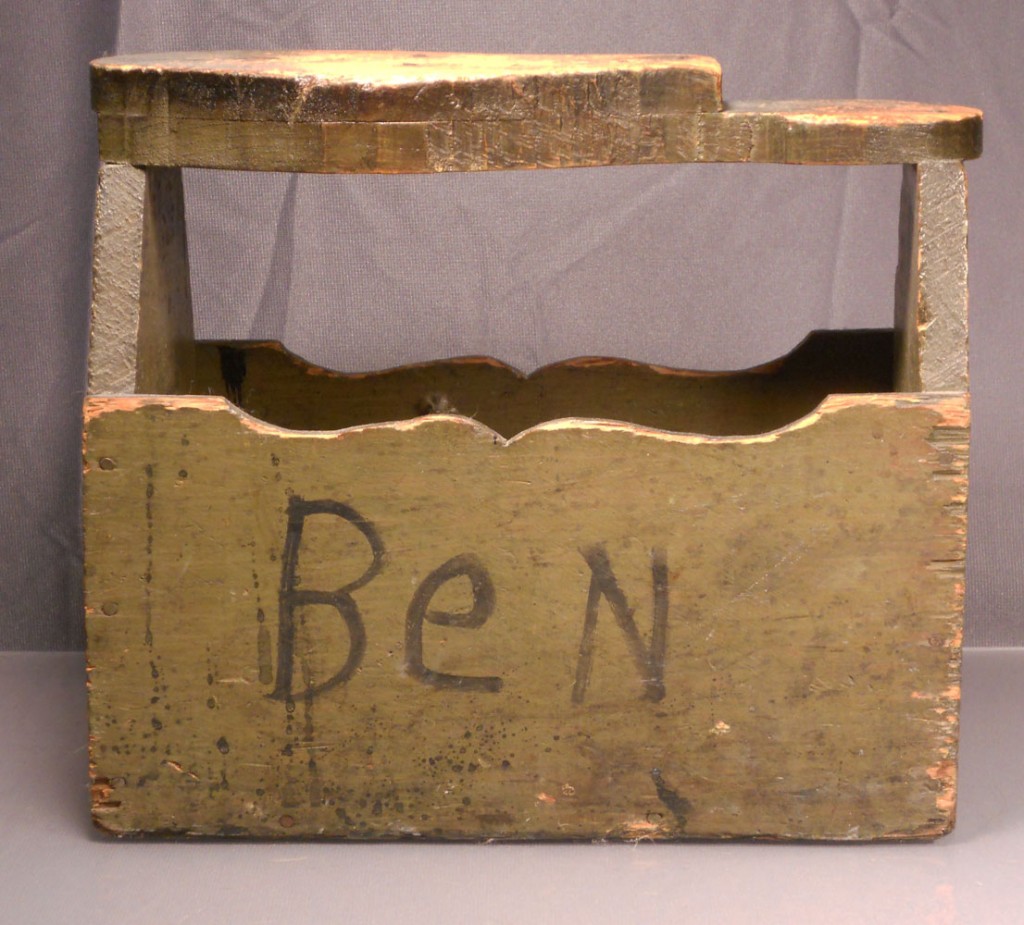 The amazing thing to me is how inexpensive they are.  I have purchased them for as little as three dollars with the most expensive one in my collection costing just under sixty dollars.  Most of the ones that I find are in the five to fifteen dollar range.

Because of their homemade nature they are a bit hard to date, but based on how they are made I would say that most of the ones I have found date anywhere from the early 1900’s to possibly as late as 1950 with most falling in the 1920’s through the 1940’s.   I feel they are a bargain considering the history they represent and their visual appeal. 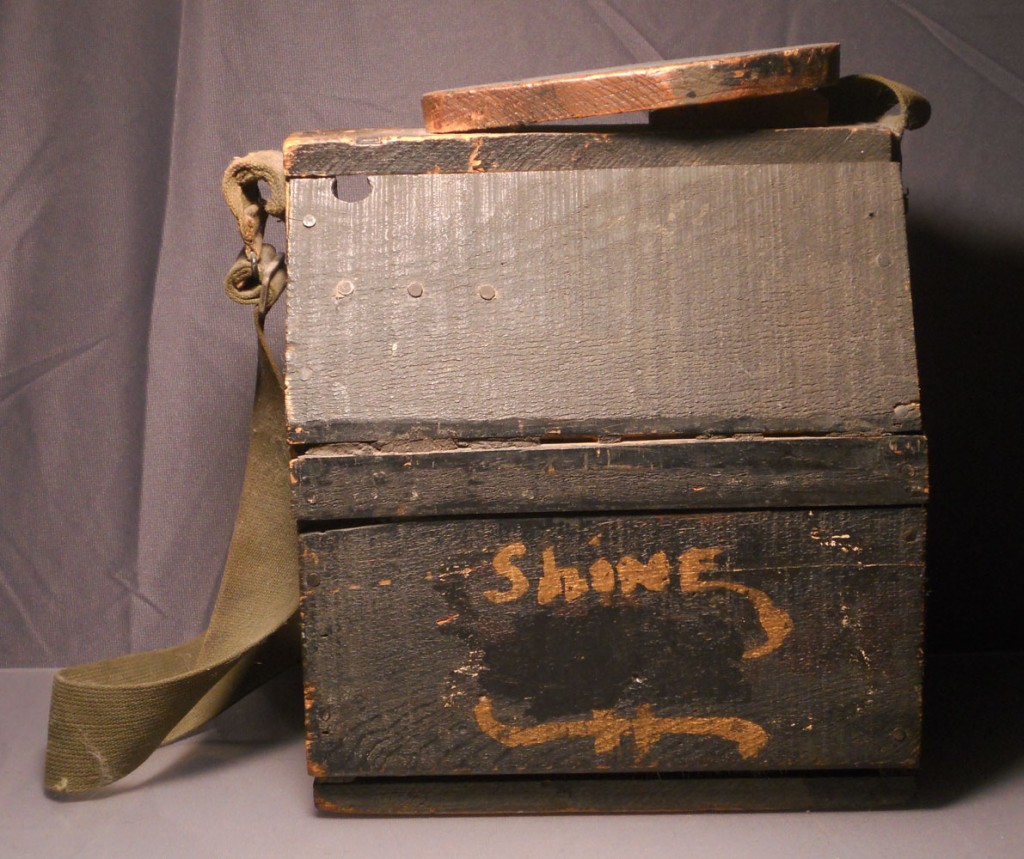 I should also point out that as far as condition is concerned, old and kind of shabby is preferred.   It should show the signs and age and use.    Mint condition is not a good thing on a shoe shine box!

Nearly every time I buy one the dealer says the same thing – “Are you thinking of starting a business?”

2 Responses to Shoe Shine Boxes: Free Enterprise at its Most Basic Form