The holiday hustle and bustle is over, and while I usually write about things that I personally found, I’m actually dedicating this entry to gifts that I received from my family and my sister’s boyfriend this past holiday. While this isn’t everything that I received, there’s certainly a recurring theme, and that’s video game tie-in merchandise.

I’ve written about video game tie-in merchandise before, but it’s definitely a part of my collection that has grown steadily in recent years. I definitely like the fact that it gives a more tangible quality to the characters that have been trapped in our televisions and cartridges and – let’s face it – our hearts for many years. Let’s see what Mario Claus brought for Ben, shall we? 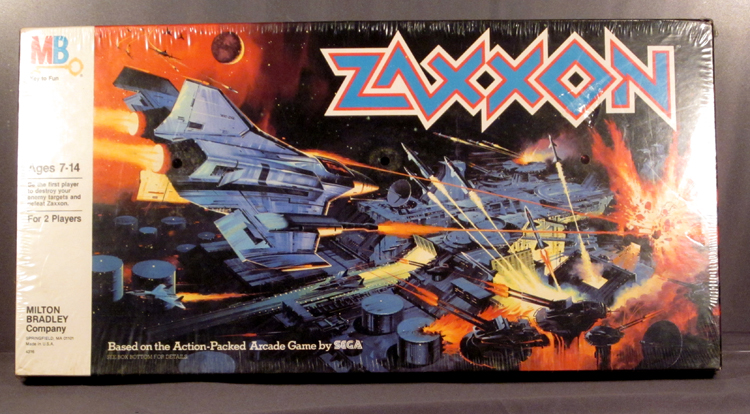 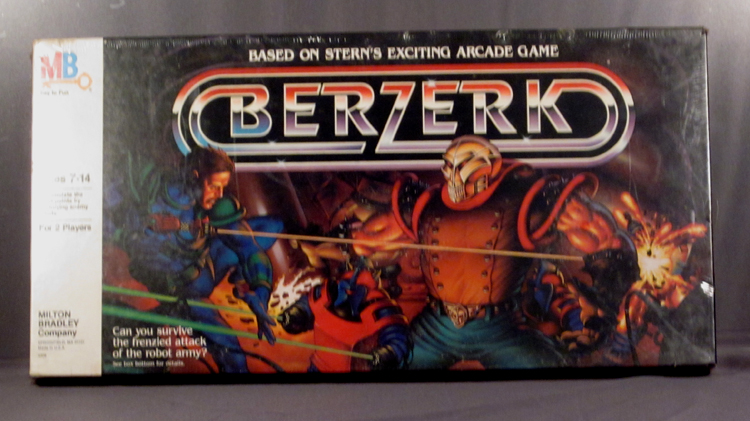 I grew up in the age of Nintendo, so arcade classics like Berserk and Zaxxon are a little bit before my time. However, you can’t deny that the graphics on these old Milton Bradley board games are amazing. There was really a passion that went into translating arcade games into two-dimensional boards while attempting to recreate the arcade action in the first place. My sister picked these up from a friend in North Carolina. They are both SEALED, which is incredible. It also makes me very glad I passed on an opened, incomplete, and played with version of the Berserk board game I saw at a flea market this summer for $40. 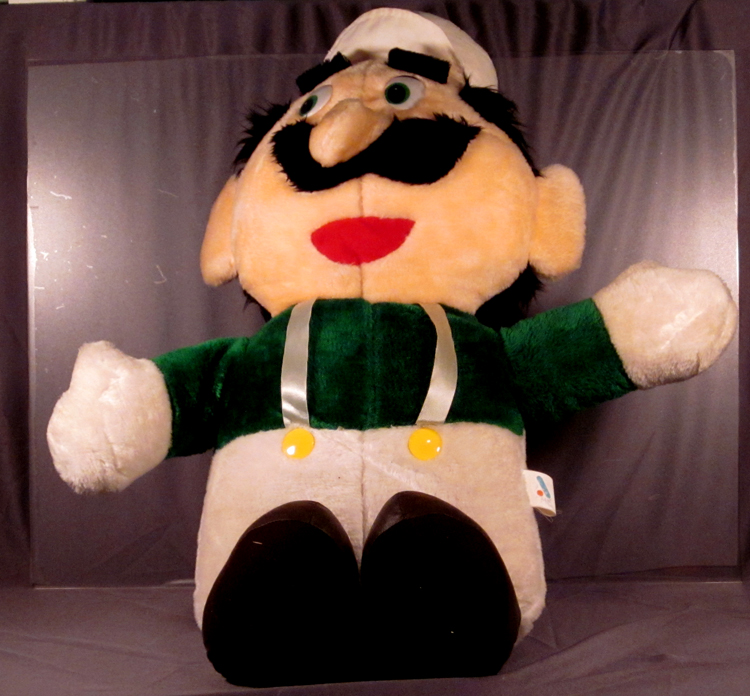 There was a time before Super Mario Bros. 2 when Luigi was just a green and white version of his brother Mario. Therefore, you can date something like this pretty easily to the time in between Mario’s release in 1985 and when Luigi developed his current look. This plush doll is humongous. My mom picked it up for me at a local community yard sale for ten bucks. I don’t have the Mario equivalent (yet), but I kind of like the fact that for the moment, Luigi will get the spotlight in my collection. 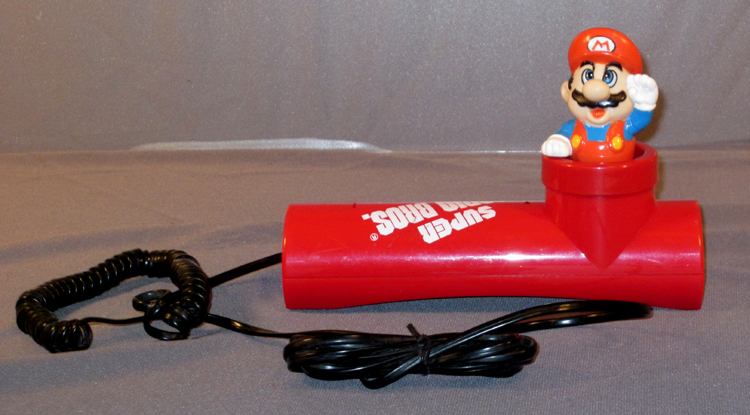 Who you gonna call? MARIO BROTHERS! I have actually had several opportunities to purchase this awesome vintage phone, but that’s only if I wanted to spend at least $80 on it. My sister pulled this at a flea market for ten bucks in the fall and it’s definitely one of the most awesome finds she made. And yes, I know it would be more appropriate if the Warp Pipe was in green instead of red. The color is irrelevant. You will look awesome talking on this phone no matter the color. 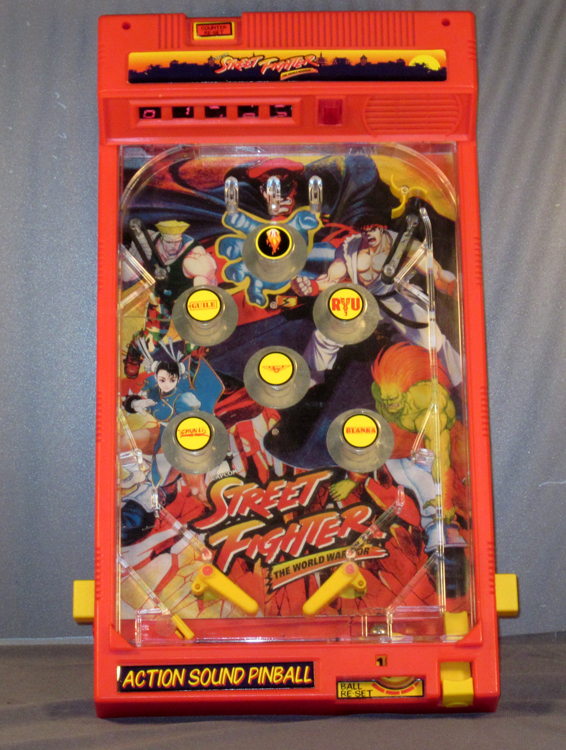 Street Fighter merchandise isn’t hard to come by…if you’re in the market for action figures. However, there are plenty of other merchandising tie-ins that are much more difficult to find. I’m not saying this pinball game is impossible to find – one just sold on eBay not that long ago – but it’s certainly not something I can say I see pop up that often. It makes sound effects from the video game, too! The artwork is key art, but it’s key art from when the art at Capcom really took a step up in terms of dynamic appearance. My sister found this at a yard sale for three bucks, and I KNOW it’s worth more than that. 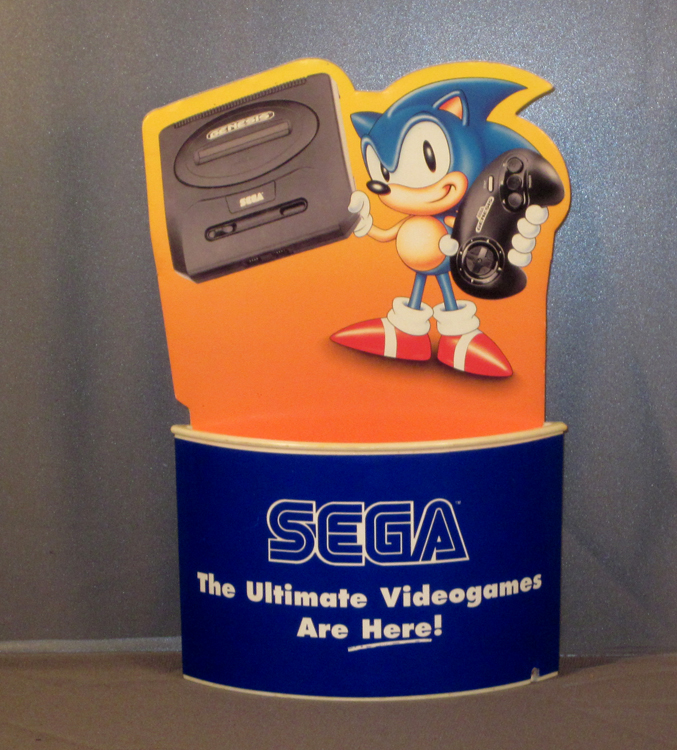 Finally, we have something really weird. This is some sort of Sega counter display. I don’t know exactly how it was used. It comes with a pen that had a stretchy cord attached to it. I don’t know if this was for filling out a contest or mail information cards or something, but it’s clearly from the early 1990s and it’s clearly not something that was ever meant to be sold, which is the kind of awesome, interesting, and different piece I love to have to round out a collection and make it unique. If you know anything about exactly what this MIGHT be, be sure to contact me! This, of course, came from a flea market, because how could it not?