Don’t scoff at Chinatown knockoffs. One day, you’ll be paying through the nose to get them.

For as long as toys have been popular, some lame, almost-certainly-sweatshop-like factory has been churning out toys that vaguely resemble the ones you genuinely love/want. But while very successful toy companies would map out a detailed release plan each year for their most successful lines and distribute catalogs to make sure every child knew every product that was or would eventually become available, these smaller, rather unscrupulous companies would churn out chunks of plastic vaguely resembling much more popular toys and get them out to market as quickly as possible. They weren’t thinking of longevity. They were looking for every dollar they could scrape up before the toy they were copying wasn’t popular anymore, thereby rendering their similar product completely obsolete.

In recent years, some of the best collectors have gone absolutely nuts for these toy lines. They were so ubiquitous that it was almost inevitable a couple of knockoffs would have ended up among your Masters of the Universe collection when you were a kid. Because of an utter lack of documentation and wildly uneven geographic distribution, collectors love the challenge associated with knockoffs. Besides that, many of the best, craziest knockoffs have designs that are so childish, garish, and disproportionate, that collectors can’t help but fall in love with them. It’s like watching a bad movie like The Room on purpose. You know it’s horrible, you know it’s not constructed properly, and that’s what makes it more enjoyable than something that was done right.

This is very much one of those cases. Behold: WATCHFUL OWLAMO and BERANINO from SATYR MASTERS FROM ABYSS! 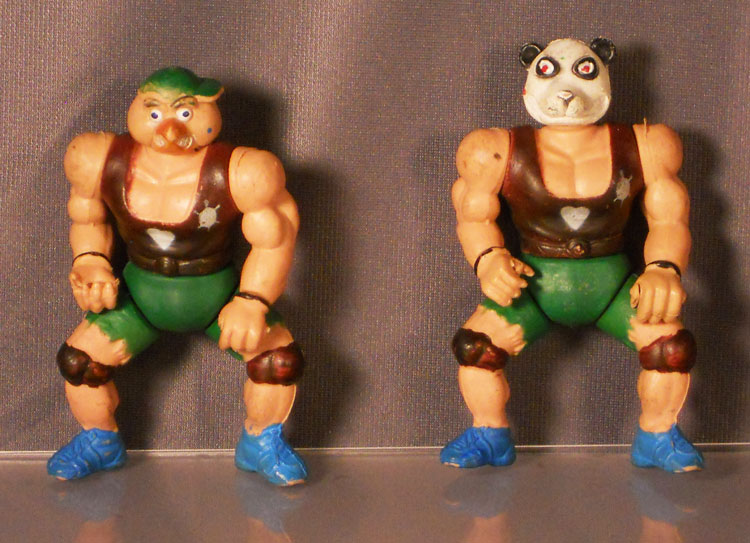 I know, I know, you probably have never heard any of those names/words spoken in succession, and therefore, I may have accidentally just opened a gate to another dimension just by typing them out. Sorry ‘bout that, time-space continuum!

I made it my mission to find these very, very, VERY strange bootleg/knockoff toys when I read about them on Evan Dorkin’s blog. Evan has a nice if strange history behind the line, and thank goodness he had the foresight to preserve the cardback so that we know a.) what the heck this toy line is called, and b.) the ridiculous names for the characters.

Examples of horrible “Engrish” are well-documented all over the Internet, and it’s easy to think that with crazy names like “Cheeky Mummiah” and “Silly Cocky” that it’s entirely possible that these figures had similar Eastern Asian origins. Not surprisingly, the cards are dated 1990, so these were undoubtedly meant to capitalize on the success of Teenage Mutant Ninja Turtles.

The name also sort of brings forth the “evil” connotations associated with the Ninja Turtles phenomenon. This video shows just how Christian groups rallied against the “false gospel” of the Ninja Turtles. When the name of your toy line includes the words “satyr” (mythical creatures depicted in Greek and Roman mythology that loved wine, women, and any type of physical pleasure) and “abyss” (in philosophy, and endless chasm that leads to the underworld or hell), it’s as though the nameless company that forged these figures through black magic wanted the same kind of publicity for these oddball figures, probably assuming that any publicity would be good publicity. 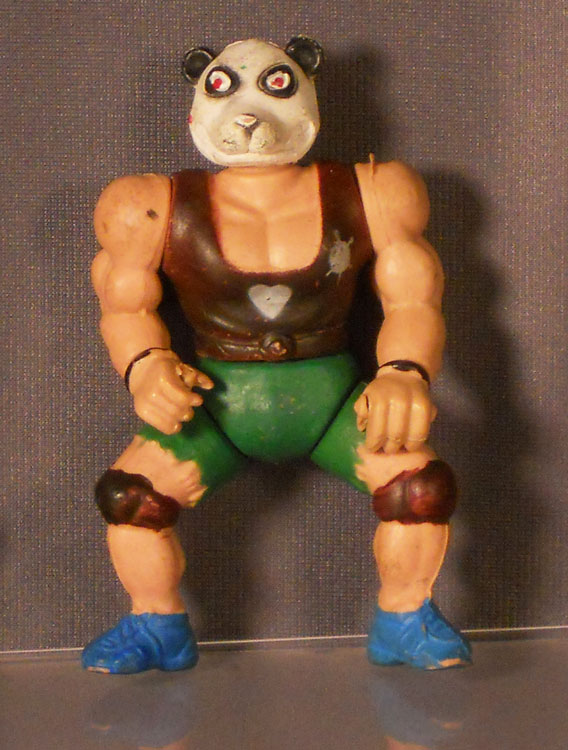 A better look at Beranino. Better is of course a relative term.

The construction is everything you’d want in a crappy, Chinatown ripoff. The mold lines are not only clear, but they don’t seem to have been sanded off properly. The two figures essentially feature the same body and are only distinguished by their heads. The paint applications leave a lot to be desired, and while it’s obvious these figures are not in mint condition, I tend to think that even in their current state, they don’t look much different than they would have appeared 23 years ago.

I do like how these are clearly inspired by sort of tough-guy stereotypes. If the card art is to be believed, these figures were armed with knives, baseball bats, and machine guns. It’s as though the toy line’s designers (I use the term loosely) played Double Dragon a couple of times and said “LIKE THIS BUT ANIMALS.” Watchful Owlamo even has a baseball cap turned sideways! He’s dope like that! 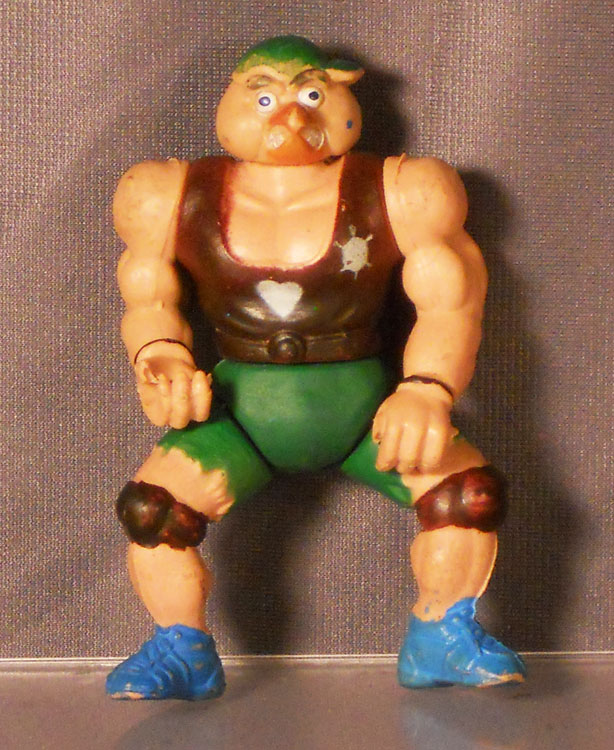 Watchful Owlamo hopes that his cool sideways cap distracts from his otherwise terrible construction as an action figure.

These showed up online labeled as “animal head wrestler action figures.” I don’t expect every toy collector to know what Satyr Masters From Abyss are off the top of their heads (until they read this article of course), but I certainly knew them from following Evan’s blog, so even mislabeled, I knew exactly what I was looking at online. Will I be able to amass the full set of 12? Will anybody ever? Has anybody tried? Does anyone want to bother to try? These questions will probably yield answers that are as mysterious as the Satyr Masters From Abyss themselves.

One Response to Satyr Masters From Abyss: Watchful Owlamo and Beranino