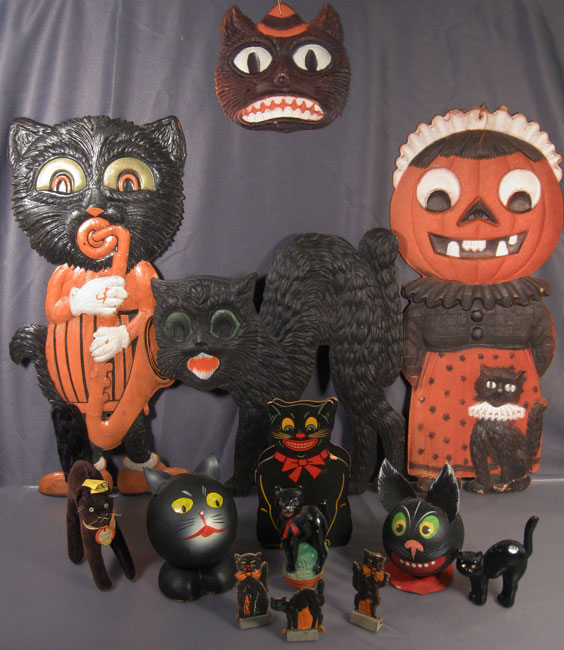 It seems fitting that cats are associated with Halloween. We especially think of witches and their black cats. Often thought to be “familiars” to witches or malevolent assistants who could assist in the witch’s magic spells, being a black cat in Medieval Europe could lead to the loss of all nine lives in a hurry. The Pilgrims in early America weren’t too fond of them either. Owning a black cat in Salem, Massachusetts in the late 1600’s didn’t help if you wanted to avoid going to the witch trials.

Of course both witches and cats can be scary at times and both can be diabolical in their own ways. Why is it that a cat can enter a room full of people and always give the greatest affection to the person who hates cats the most? Coincidence? I think not. Why will the cat then go to the center of the room and start licking their butt in full view of everyone and look up with that “you gotta a problem with this” look. Attitude – cats are full of it.

These soft, cuddly creatures that we give unlimited access to our homes also happen to be carnivorous killing machines with sharp talons and fangs. My father used to say that if they were bigger than us they would eat us. I don’t doubt it for a second! Yet, I am a cat person. We share our home with two of them and I grew up with cats. They can show real affection on their own terms. They know where the litter box is and they are also self- cleaning. They can be a little annoying when they are hungry which is just about any time they aren’t sleeping, but who among us doesn’t enjoy eating and sleeping?

I’m just glad we’re bigger than they are.

Please enjoy these pictures of some of our cat Halloween decorations. Most are German and made in the early twentieth century. Our cats have sniffed them and approve! 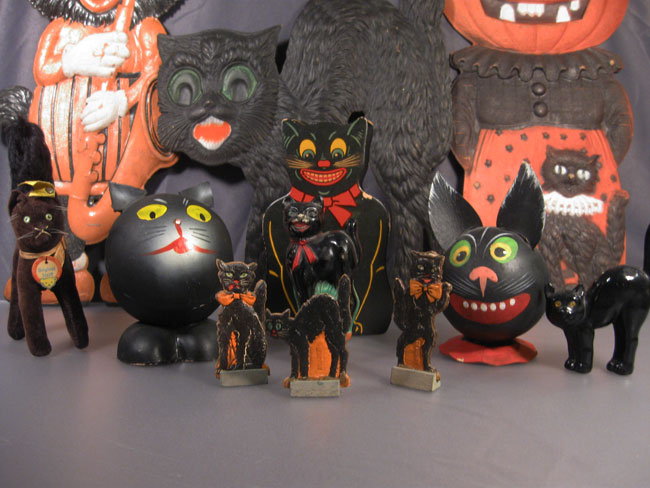 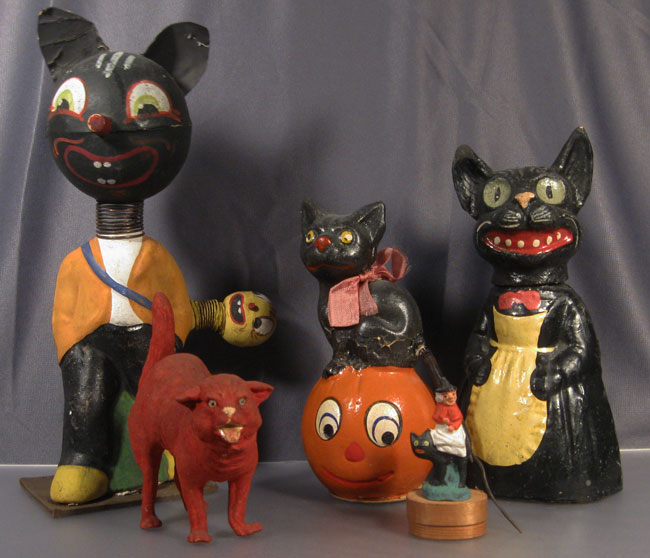 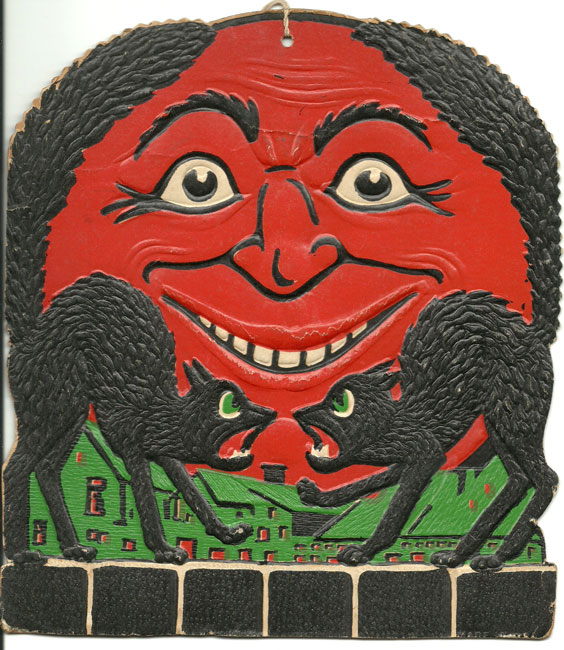 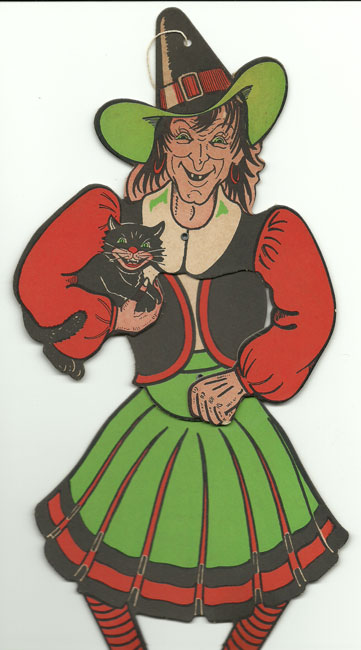 This lovely lady wouldn’t fit on the scanner, but the main goal is for you to see her beautiful black cat friend in all of his glory.

Let’s be honest, cats don’t like to smile.  This is a more realistic interpretation of a typical cat expression.

Don’t try this at home with a real cat.