I’ve mentioned Rock Lords in passing in my Kojak article, but I’ll elaborate a little further. While Transformers and Go-Bots were the most popular of the transforming toys of the 1980s, there were several other smaller lines that were popular in their own right and have established devoted collector followings all these years later. Rock Lords were released in the United States by Tonka, but they have their origins in Japan, where they were made by Bandai and released as part of the Machine Robo line, the line that became Go-Bots in the United States. While the Go-Bots name generally does not appear anywhere on the package, many collectors consider Rock Lords to be a sort of sub-line. 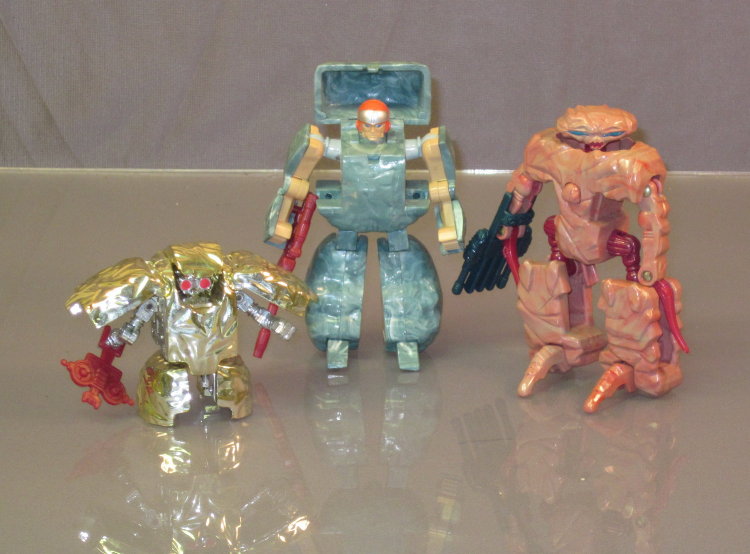 A lot of jokes are generally made at the Rock Lords expense. While other transforming toys turned into vehicles or weapons, Rock Lords turned into…well, rocks. I like to think of them more like elemental warriors. Each warrior was made of substances like tungsten, quartz, granite, gold, etc. That should make my geology professor sort of proud, right? 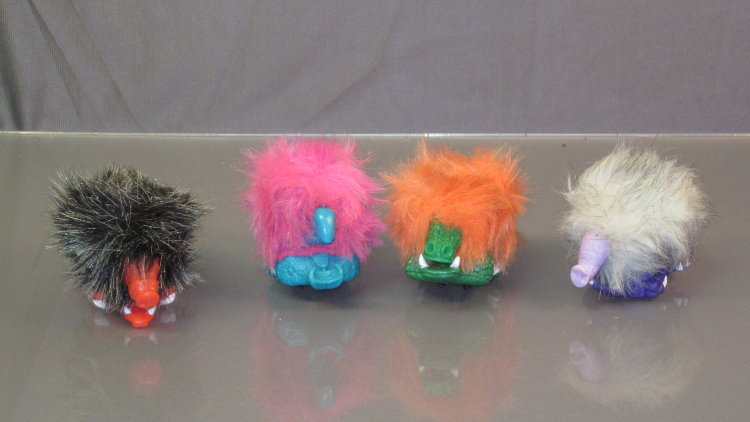 I don’t want to belabor the introduction to Rock Lords because I’m here to talk about the off-shoot of Rock Lords, a group of furry toys called the Narlies! Unlike the rest of the Rock Lords line, these creatures were the creations of Tonka and did not originate in Japan. They were very loosely based on various animals and had corresponding names like Narliphant, Narlihog, and Narligator. Each of them had a wheel on the bottom, and when you rolled them on the floor, they opened and shut their mouths, they wagged their tails, and they made an odd little noise. They also had goofy hair on top of them as if Tonka was just attempting to make them look as ridiculous as possible.

The first series of Narlies is not that hard to find. The second series is another story entirely. 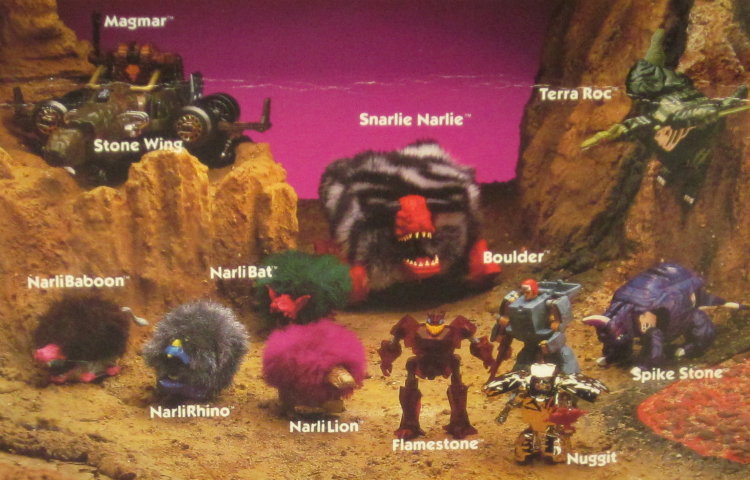 Like most of the later Rock Lords (Series 3, Jewel Lords, Shock Rocks, etc.), the second series of Narlies (Narlibaboon, Narlirhino, Narlibat, and Narlilion) barely saw release, and as such, they are extremely difficult to come by. But if it wasn’t obvious already from that promotional image, the true standout of the Narlies is the massive Snarlie Narlie! Snarlie Narlie was electronic and obviously much larger than the rest of the Narlies. The toy is absurdly hard to find, and most of the references to boxed examples I found on the web belonged to other collectors who supplied pictures to the websites’ owners. It’s one of those toys that’s so rare, it’s existence would be almost legendary if those pictures didn’t exist.

So of course, I own one now. 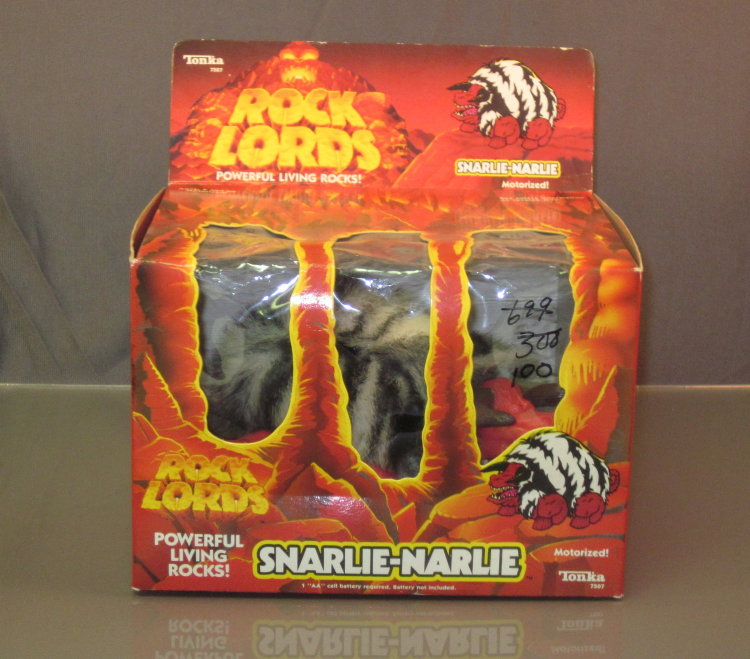 I prefer my toys loose, but I wasn’t about to pass up a SEALED example for a great price. I found it in a collection of toys online (the other toys were fine, but this was the clear standout), and my friend in Massachusetts picked it up for me. Again, I don’t like to discuss price because you have to consider that I used gas and paid tolls and traveled across five states to pick this up. Thankfully, I turn all of these little excursions into mini-vacations, so I tend not to think about all those factors.

My absolute favorite part of this example is actually the only really serious condition issue. It looks like this was not sold at a conventional retailer but rather a local discount store. The price written on the plastic bubble started out at $6.99, then was marked down to $3, and finally, just to get rid of it, they priced it at a whopping $1. I love seeing old prices like this. It’s hard to believe that one of the rarest toys of the 1980s had to essentially be given away in order for anybody to take it home. Even then, the child it was intended for never even opened it. It certainly worked to my benefit. 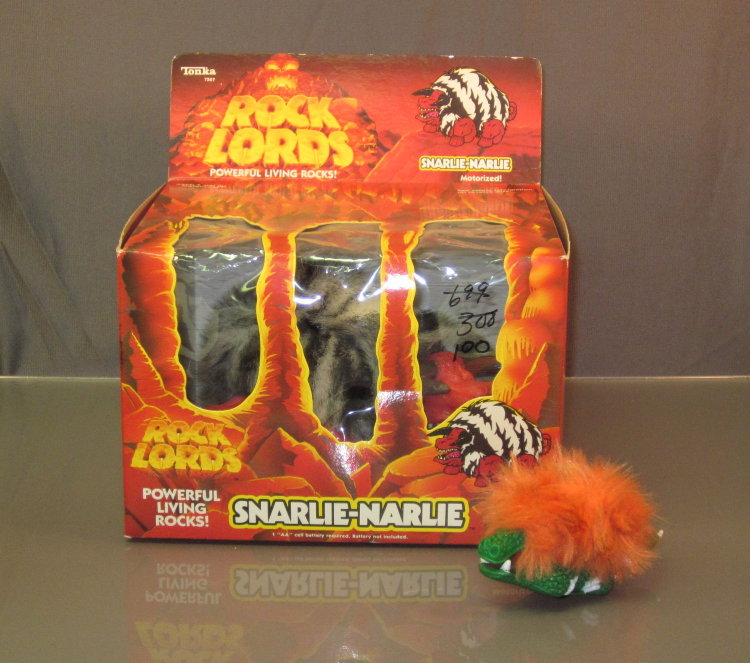 I’ve made a lot of great finds this year, but I couldn’t in my wildest dreams have imagined pulling this one off

This entry was posted in 1980's, Action Figures, Toys, Weird. Bookmark the permalink.