The Elephant in the (Family) Room 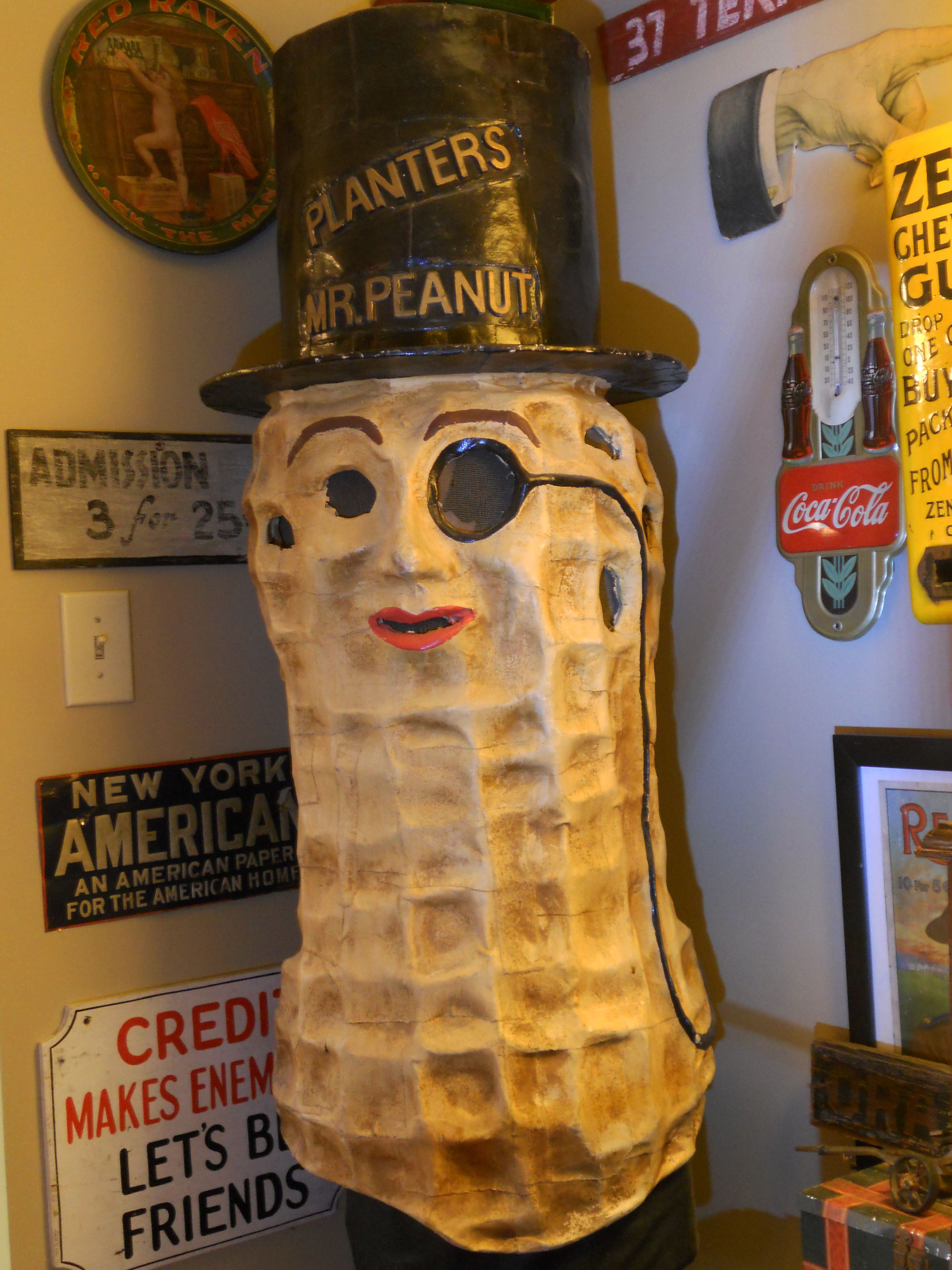 The phrase “elephant in the room” has become popular in the last few years, often referring to an object too big to ignore or perhaps even a person or topic that simply cannot be overlooked.   For the purposes of this story,  we are talking about a large object, one that has occupied our family room for nearly thirty-six years and is definitely hard to ignore.

By the spring of 1976, Carol and I had been collecting all kinds of stuff for several years.  We got married in 1974 and started our lives together in a one bedroom apartment that was, after a couple of years, full of our growing collection of old stuff.  I would say that antique advertising was a particular favorite at that time and remains so to this day.

On this particular day, we went to a nearby high school for their special one day “Bicentennial” flea market.  We got there fairly early and had barely parked our Ford Pinto wagon when I heard Carol let out a scream and start running  ahead of me.  Lo and behold, someone was just pulling out of her van a vintage Mr. Peanut costume.  Before I could react, Carol inquired, “How much is it?”  The dealer replied that the grand sum for this prized piece of American popular culture was ………… four dollars!

Even though I had nothing to do with the transaction, I was more than happy to reach in my wallet and give the dealer her four dollars.  Hauling this rather large object back to the car required both of us, and we decided the best thing to do at that point was to skedaddle out of there before someone told the dealer she had made a big mistake in selling our new prized possession so cheap!

I should mention that this was not like a Halloween costume; it was actually hand made out of what appears to be layers of material that were put over a form to make a hardened shell – it is a peanut after all!   The wearer would provide the arms and legs and look out the eye holes and several other seeing holes strategically placed on either side of the costume’s big peanut face.  Planters has more recently produced newer plastic costumes, but this one would date to the 1940’s, give or take a couple of years.  These were used at Planters Peanut stores to promote sales and get people to come through the door.  Also produced for store display were Mr. Peanut shaped penny scales, Mr. Peanut figural counter displays, Mr. Peanut “window tappers,” and other incredible figural Mr. Peanut items.  Any of these objects are rare and highly collectible today.  Planters also produced glass jars for use in candy and grocery stores from the 1920’s through the 1960’s.   Made for public consumption and available for sale in stores were plastic toys, banks, utensils, condiment sets, etc. 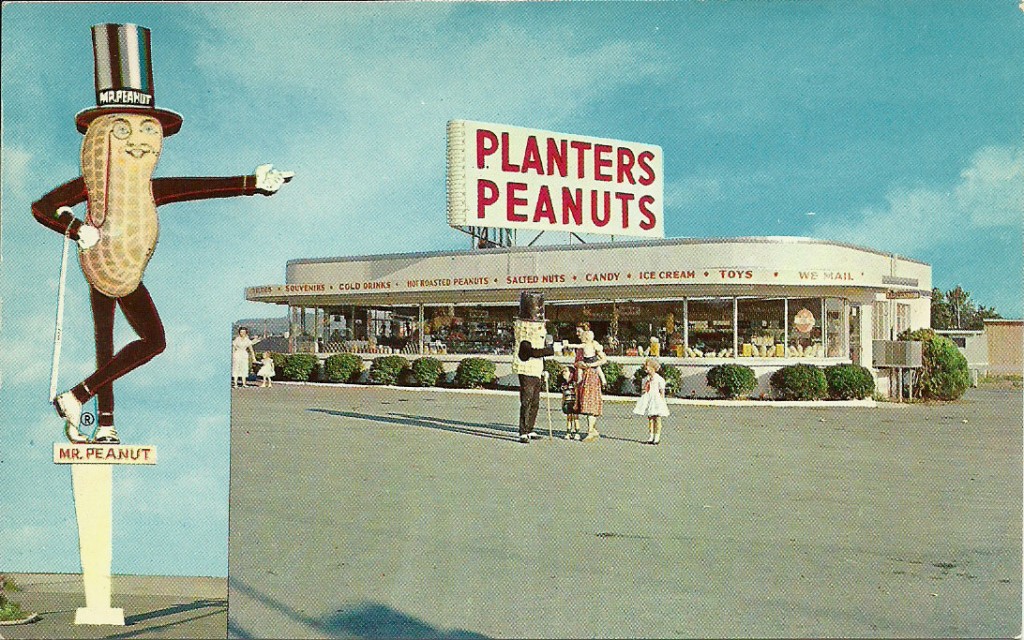 We have displayed our Mr. Peanut on an old dress form since we got him. This way we can look at him pretty much eye to eye or, more accurately, empty eye socket covered with screen to eye.  His big red lips are forever formed into a slight grin, and his top hat and monocle permanently give him a dapper look.

Now I realize that not everyone wants a giant Mr. Peanut costume in their family room.  Our kids have even admitted that when they were little, he kind of creeped them out.  For us, however, he has always been a welcome member of the family.  We probably take him a little bit for granted after all these years, but he always makes an impression on anyone who visits our home for the first time.

I think it wholly appropriate that the elephant in the room should be a peanut!

3 Responses to The Elephant in the (Family) Room