For The Love Of Christmas Pixies: Part II

It is nice to know that I am not the only lover of knee huggers and Christmas Pixies on the internet.  I know this because my last article on Christmas Pixies is one of my most popular to date.  With that said, I keep acquiring pixies and some of them are fantastic.  I had to share them.  Therefore I wanted to give you a little taste with For the Love of Christmas Pixies: Part II.

This guy is one of my favorites.  It’s the angry pixie.  At least his eyebrows and sinister grin suggest to me that he is angry, or maybe a sociopath.  I first saw one at the National Christmas Center in Paradise, PA (Go if you are in the area!).  They have a pixie tree in their Woolworth’s Display (which is awesome!), and probably have no idea how excited I got when I saw this pixie.  I wanted to track one down.  Thankfully my mom found one in her travels, and I got him as a Christmas present last year.  If Elf on a Shelf isn’t getting your kids to behave at Christmas, this terrifying little guy might do it!  His eyebrows will haunt my nightmares! 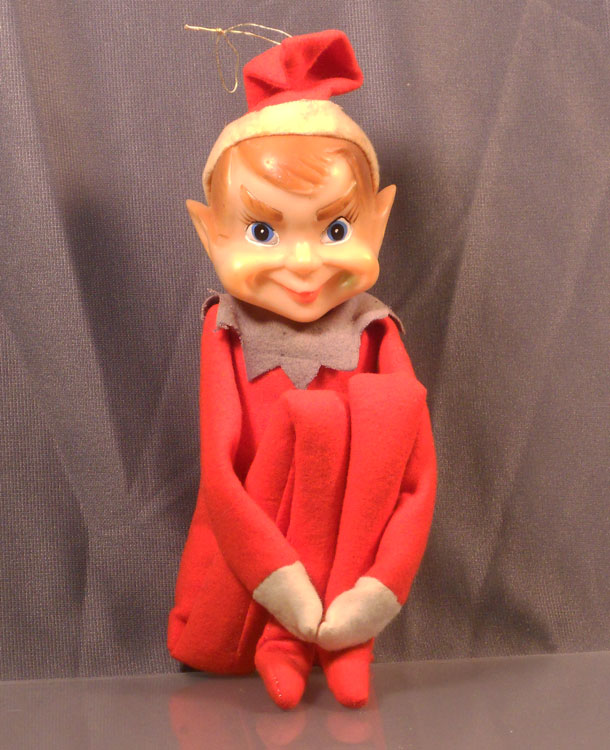 I will haunt your nightmares!

This one is truly weird.  It is a pixie head on a wind up drummer toy.  This toy is made in India, which is not something you see everyday.  It has a few condition issues, but I had to buy it since I had never seem one like it.  Pixie heads got used on everything! 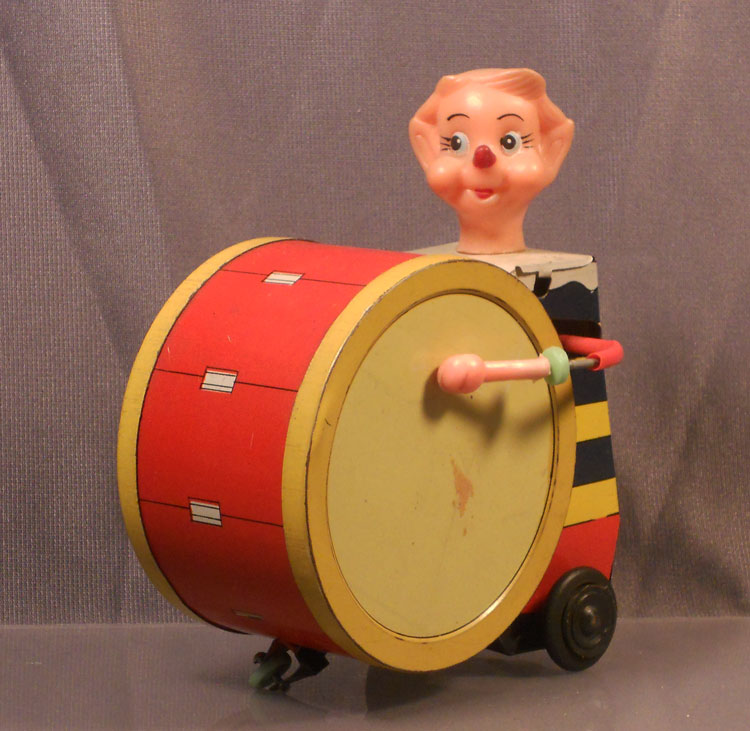 Yes, the pixie head was even flattened for Christmas stockings and wall decorations.  Take these two decorations with flat pixies.  One is a stocking and the other is just a wall decoration.  Both are kitschy to the extreme! 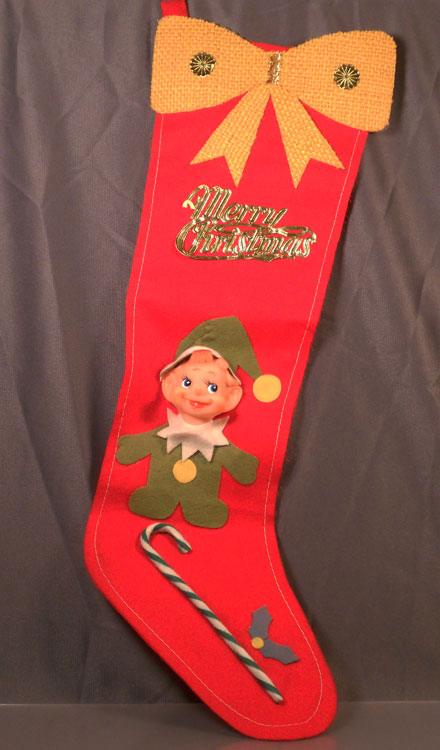 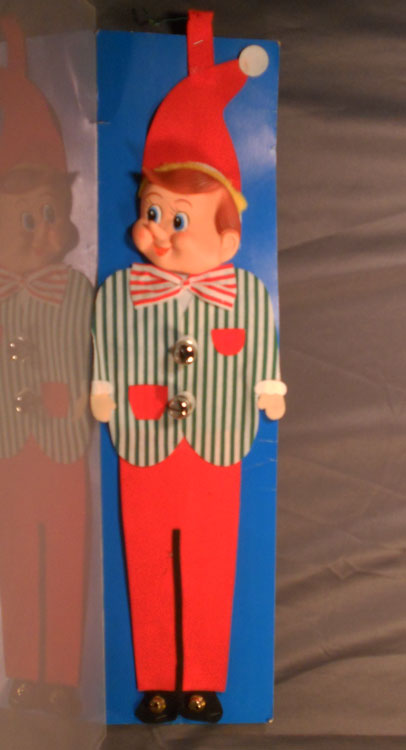 I have some big headed pixies, but none are quite as impressive as these.  While there are a lot of pixie designs that you see many times over, these are a little bit more unique.  I don’t think it makes them much more valuable, but it does make them more interesting to me. 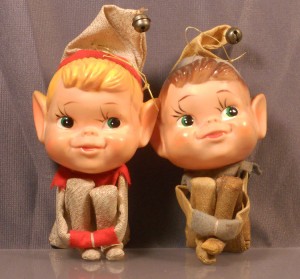 I see Santa knee huggers occasionally, but rarely do you find a Mrs. Claus.  Here she is in all of her glory!  Again, not terribly valuable, but just fascinating that she exists. 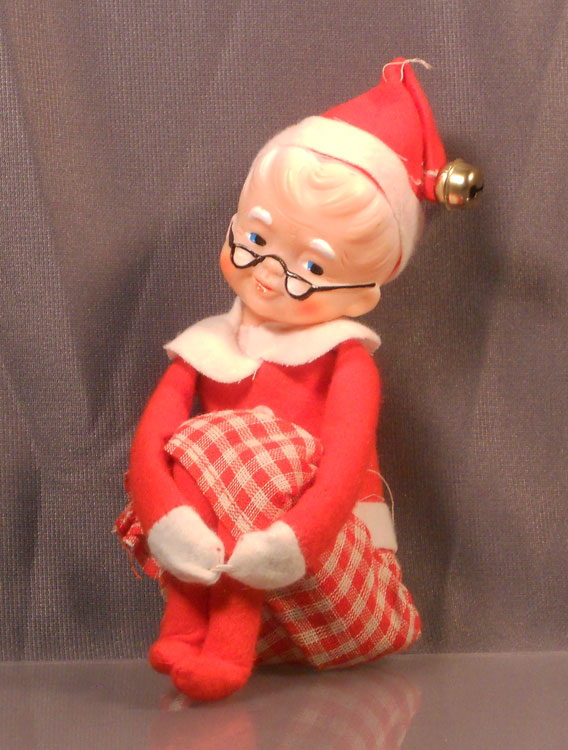 Not all Knee Huggers are for Christmas, and this guy eluded me for some time.  More, I didn’t want to pay eBay prices.  He is a more valuable pixie, and fairly coveted by knee hugger collectors.  This one is missing his collar, but he was $1 at the flea market.  I will upgrade him eventually, but I was just happy to find one in the wild. 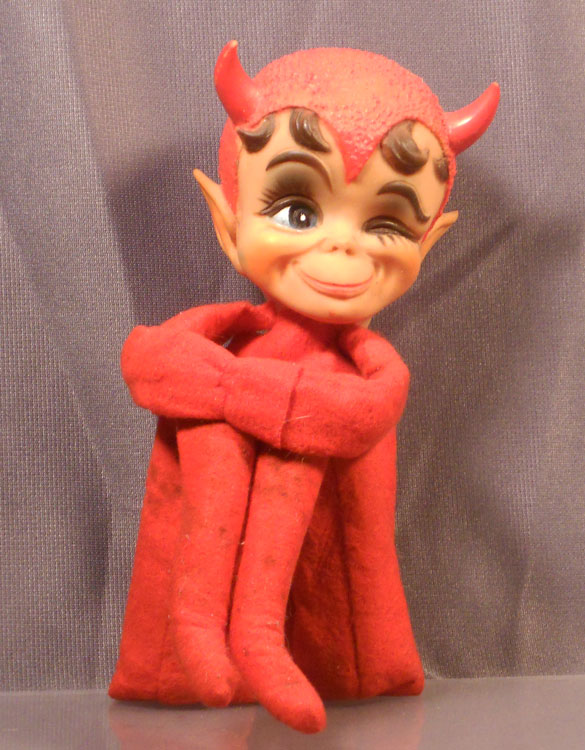 For some reason there are a lot of hillbilly dolls that use pixie heads and/ or are knee huggers.  I could do an entire article on hillbilly knee huggers, I am not even kidding you.  These fellas are a bit more unusual since they have unique head sculpts.  They have a bit of a Mortimer Snerd vibe going for them. 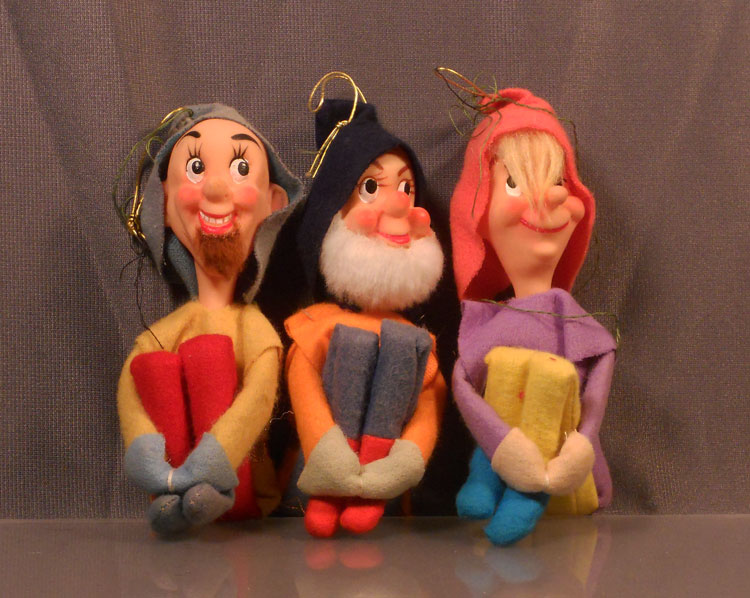 With the big eyed paintings and dolls of the 60’s also came some big eyed knee huggers.  While this one doesn’t have terribly sad huge eyes, the aesthetic is definitely there.  She has some literal flower power going on there. 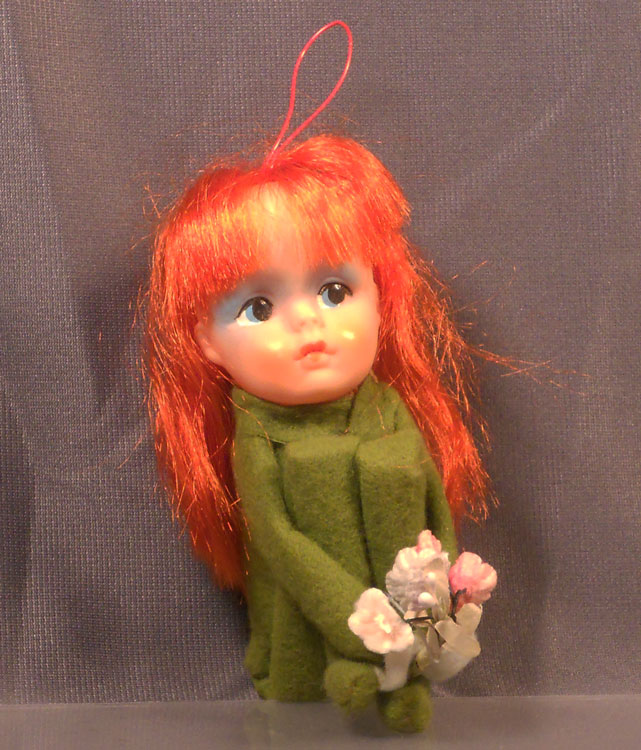 This one, I think, is pretty special.  Halloween knee huggers tend to be a bit more desirable, and the Witch with the black body from my last article is pretty well known.  I had never seen one with a clear body until we found this one, though.  She has a zipper on the back, so I assume she is a candy container. 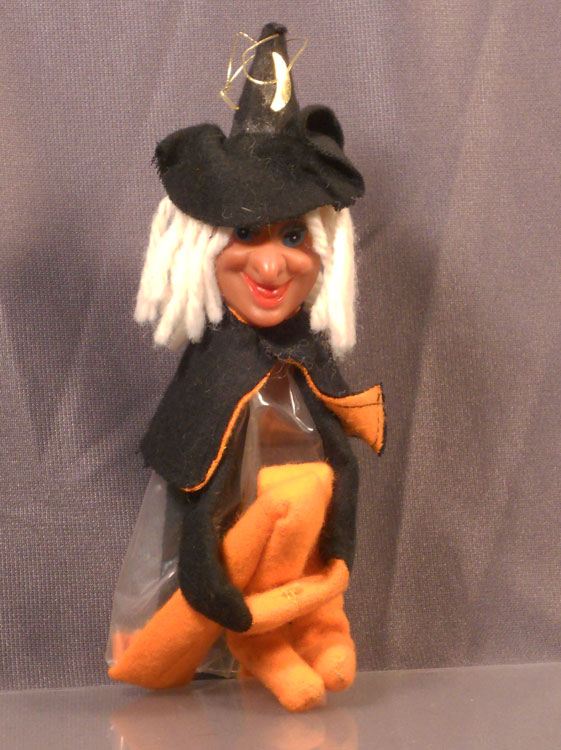 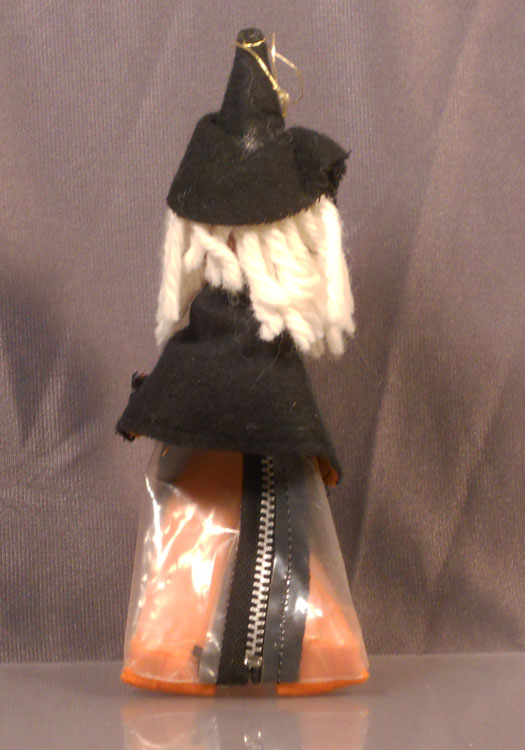 And finally, to bring it back to Christmas in my favorite pixies I have found in a long time I present to you…

Yes, someone thought that these were the appropriate heads for the three wise men of the nativity.  Not only are they pixie heads, but they are the “Dopey” style heads often used on hillbilly knee huggers.  In a Kitschmas miracle I found these a few weeks ago, and I was way more excited than I should have been.  Now I have to wonder, though, if there is an entire pixie Nativity.  I can dream, can’t I?  These are in such poor taste!  Ultimate kitsch! 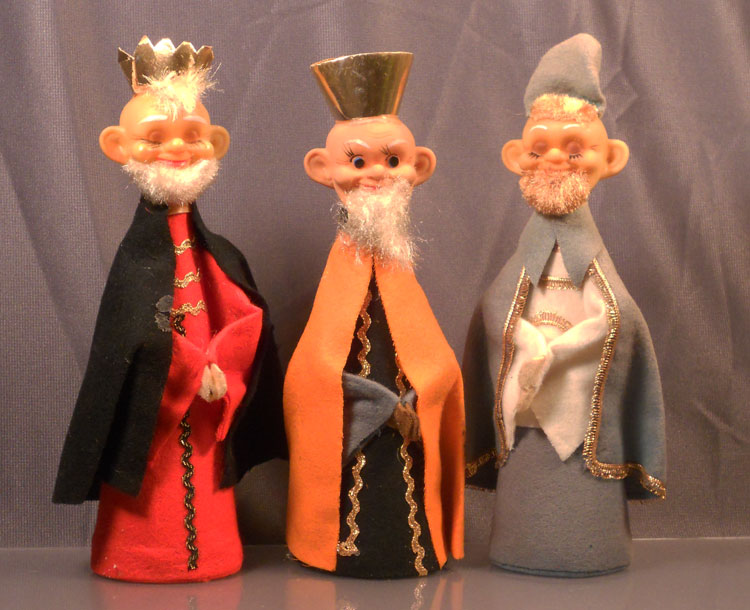 Are there even more ridiculous pixies out there for me to collect?  Absolutely.  Have a Merry Kitschmas from all of us at The Collector Gene!

One Response to For The Love Of Christmas Pixies: Part II