A Whale of a Tale – Our Yard Sale Whale Vertebrae

It has been said many times before in our blog and will probably be said many times in the future. When you collect to the extent we do, you never know what you’ll be bringing home after any given “hunt.”

Case in point: Our recent purchase of two whale vertebrae at a yard sale. 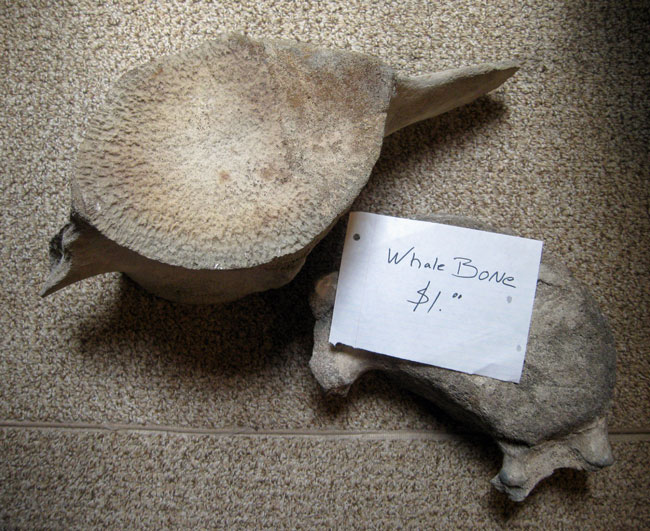 Priced at one dollar each, we weren’t about to leave them behind. They are beautifully sculptural and they just may be the oldest items in our collection – by a couple million years or more!

Of course, when you buy something outside your usual comfort zone, you don’t really know what you’re getting. We were told by the person selling them that they had been found at different times on the beaches near Wildwood, New Jersey about forty or fifty years ago. 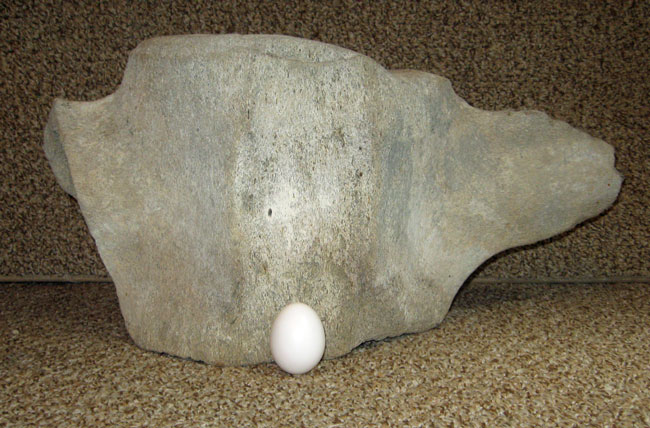 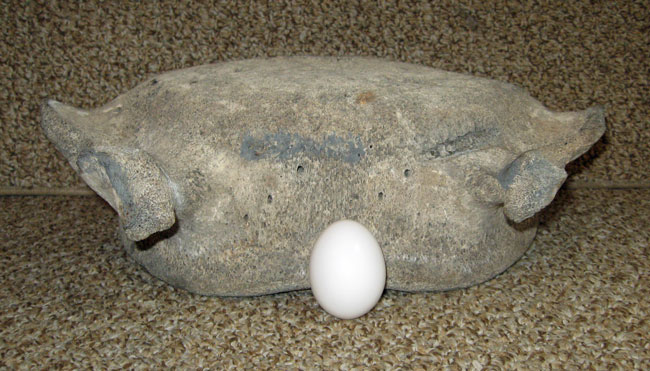 Doing some quick internet research, I believe we have two whale vertebrae fossils. Apparently, fossilized whale bones turn up along the shores of the mid-Atlantic region, and the southern New Jersey coast falls into that realm. One site mentioned that the fossils are often light in weight. One site mentioned that mid-Atlantic ones are often a dark gray in color. Each of these bones fits one part of that description. The smaller one appears almost complete. The larger one, though more impressive, has one side broken off.

As for age, if they are, indeed, fossils, they could be two to five million years old! The Pliocene and Miocene periods are the ones I see mentioned.

Now that’s a whale of an antique!

This entry was posted in Carol, Uncategorized, Weird. Bookmark the permalink.