Were you ever scolded as a kid for playing with your food? Well, I was lucky enough to grow up in an era where there was one time that it was absolutely okay to get your hands all over donuts and French fries and pizza at any time of the day, and that was when I was playing with one of Mattel’s wackiest action figure lines of all time: FOOD FIGHTERS!

I think virtually every other review on the internet describes these toys as “somewhat obscure.” To that I say: really?!? Every kid in my class at school knew what Food Fighters were! Sure, they lacked the obligatory TV show or comic book to tie-in with the toy line that most 1980s action figure lines had, but they had an incredible commercial showing claymation versions of these anthropomorphic snacks duking it out in the kitchen.

How do I know that commercial resonated with kids in my age bracket? When I was in sixth grade in about 1996, a few years after Food Fighters had disappeared from store shelves, one of my teachers showed us a video of tricks that commercials used to get you to buy things, and they spent a lot of time talking about how awful the Food Fighters commercial was because they showed the characters flying around the kitchen and talking and walking around despite the fact that the toys didn’t actually do any of those things…except when a kid had them and used his or her IMAGINATION which is the basic premise behind all toys throughout all of human existence. Even though that video/time-waster gave us kids a “behind the scenes” look at how the commercial was trying to deceive us all, when those Food Fighters came on screen, every boy in the class collectively yelled, “I remember those! They were awesome!”

I feel like the “obscure” part comes from the fact that it’s a toy line that only lasted one year and it was released in the LATE 1980s as opposed to what many consider to be the golden era of action figures in the early and mid-1980s, so collectors who think Food Fighters are awesome today may have been too old for these toys in 1988. However, there is one part to the toy line that is definitely obscure, and that’s a set of four variation figures, which is what’s for dinner in today’s Collector Gene entry.

These variants are newer versions of existing figures. What’s great about these color variants is that they actually make perfect sense for the toy line. Instead of maple syrup, Short Stack was covered in blueberry syrup. 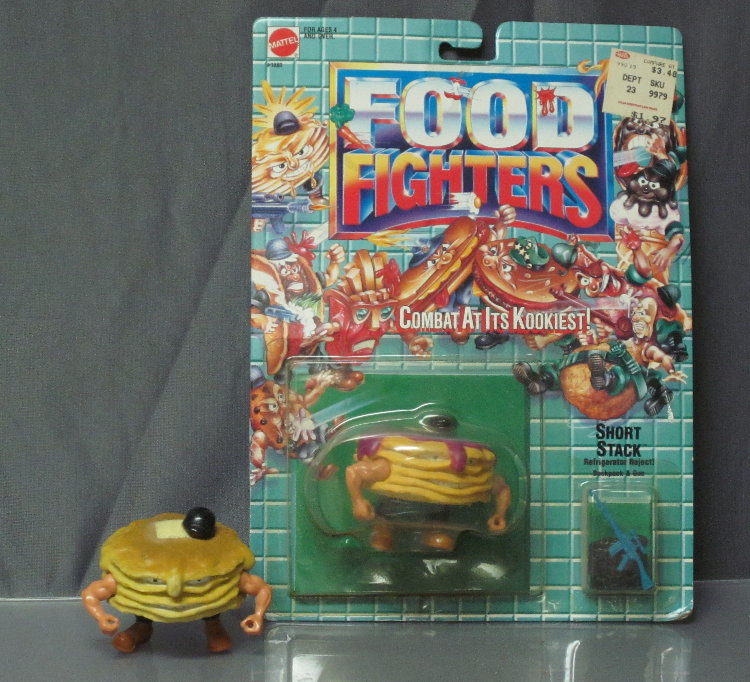 Instead of chocolate ice cream, Sergeant Scoop was made of orange sherbet. 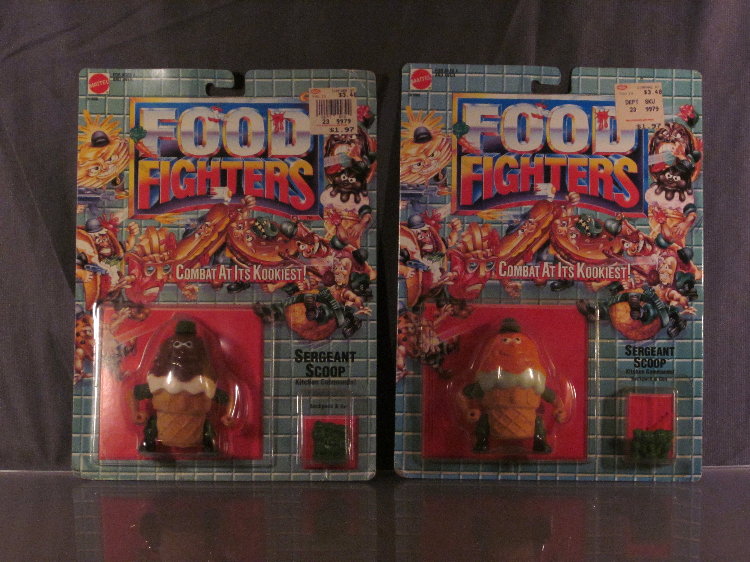 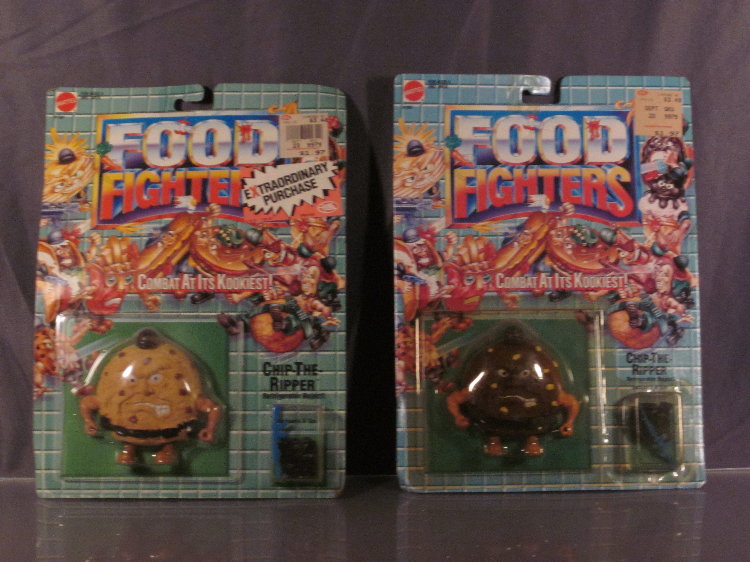 Finally, you could get your Major Munch with either a chocolate glaze or a cherry glaze. 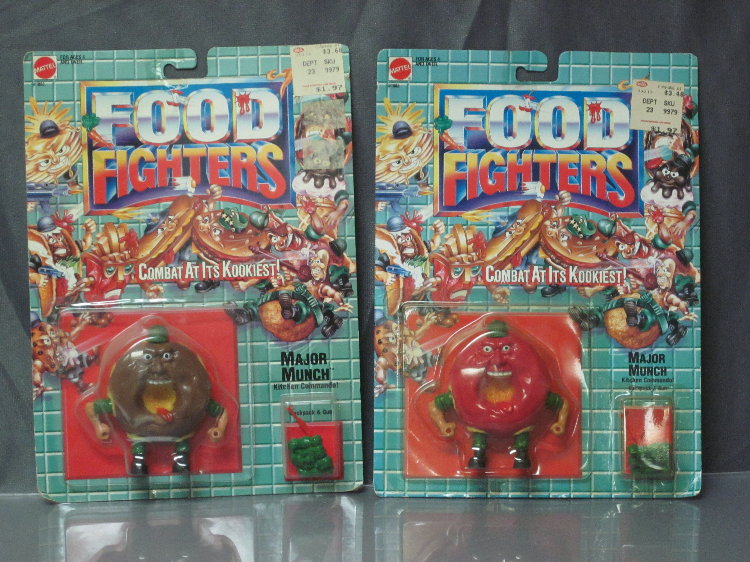 It would have been tough to make similar variants for the rest of the line, especially considering the fact that these repaints worked with the original sculpts, but I think for these four characters in particular, the variations make sense. However, when it comes to tracking them down today, if you want blueberry Short Stack, sherbet Sergeant Scoop, chocolate and macadamia Chip the Ripper, or cherry Major Munch, you have quite the mission ahead of you, as those four variants are much harder to find than their original counterparts.

When I was a kid, I never remember seeing these variations, and like most people, I only discovered them through eBay. However, whenever I would see one of these variations, the variant figures would almost always be listed in an auction coming from somewhere in Europe. Now, of course, with online auctions having been in existence for years now, quite a few examples of these figures can be found in the states, but it seemed like if I wanted a better chance at finding the four aforementioned figures, I would check European auctions. This French version of the Food Fighters commercial, which shows the variations at the end, helps back up my theory that they were primarily released in Europe.

However, you can see on my carded versions of these toys that they all came from a department store called Hills, which used to have locations spread throughout the mid-Atlantic and the mid-west, as well as a few other states. All of these examples were discounted. It’s possible that these figures could have been a closeout deal where a large order had to be filled, and so the store ended up receiving the rarer second assortment that contained the four variations. It’s proof that these particular examples were indeed sold in the United States. While price tags do affect the value of toys, I always enjoy seeing them because they provide us with a history of where the toy came from and how much was paid for it at retail.

Food Fighters as a whole are not too rare, but it’s nearly impossible to find loose examples with the tiny generic backpacks and guns that came with them. Their popularity has also swelled in recent years by collectors who appreciate some of the more non-traditional action figures that are available. These variants do show up with some regularity, but they are quite desirable by collectors today, especially since I still firmly believe these four particular figures did not see wide distribution in the United States. This is one case where picking the right flavor could be a very important decision for your collection!