Manglor Mountain: A Tale of When Lightning Strikes Twice

Not surprisingly, I’ve made quite a few friends over the years in the collecting community. Since I’m out and about constantly hunting for vintage toys, I often ask my friends if there are any specific items they’d like me to hunt for in my travels. The vast, vast majority of these requests are hard to grant because either a.) I want the exact same item for my own collection, or b.) the items they’re asking me to find are extremely rare, so much so that even finding them on a worldwide platform like eBay is next to impossible.

However, despite these esoteric requests, once in a great while, I am able to score something so utterly specific that, to quote a certain smuggler with a crazy awesome apeman sidekick, sometimes, I amaze even myself.

The toy in question is Manglor Mountain, the lone playset from the short-lived toyline Manglors. Made by Ideal in 1984, the basic conceit of Manglors was that you could literally tear these creatures apart, and with their patented sort-of-sticky design, you could mix and match the limbs with other Manglors. Of course, once you actually did what the package told you to do, you literally destroyed the toy, in the sense that even though the limbs could stick back on, the original figure would never retain the same fortitude as when it was brand new and had never been torn apart. It was a flawed concept with a pretty awful execution. The idea was handled by Ertl much better years later with their awesome toyline Socket Poppers.

However, from a collecting standpoint, you really can’t get more challenging than trying to collect a toyline that was based around the idea of purposefully destroying the toys. Yet that’s exactly what one of my friends wanted me to do. I scoffed at the notion, realizing the likelihood of finding any original Manglors was rather minimal.

So of course, in November, when my family set up at the Greater York Toy Extravaganza in Pennsylvania, the dealer who was set up right across the aisle from us put out a sealed Manglor Mountain playset. I negotiated the price and called my friend who asked about Manglors to make sure he was okay with it, and I purchased it for him for $45. The box was a little rough around the edges, but since it was sealed, it was essentially a guarantee that the contents were in mint, unused condition.

Fast forward to a mere two weeks later in December when I attended an indoor mixed flea market. A dealer had a few old toys, and lo and behold, there was yet ANOTHER Manglor Mountain in the original box! The box had been opened, but the original contents had never been used. I bought this with another item, and I figure I paid about $40 for this particular example. Seeing as how I was already able to help my friend get his Manglors fix, I kept this second one for myself.

I’m pretty sure I had maybe one other opportunity to purchase this toy at a local toy show, but I’m glad I waited, because this one is a really nice example. 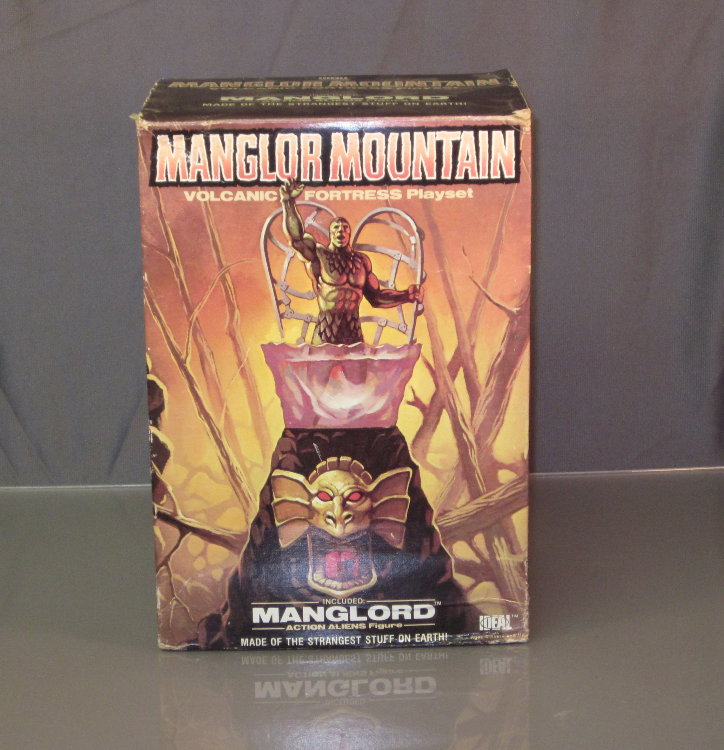 The box art, which is probably among the very best of the 1980s (and far better than what the toys deserved), shows Manglord emerging from a pit of Manglava that supposedly gives him extra powers or something like that. This is definitely something I miss from the 1980s: icky, creepy monsters. Monsters never go away completely from toy aisles, but they certainly never achieve the grotesque look that used to be so commonplace among toy lines like this. 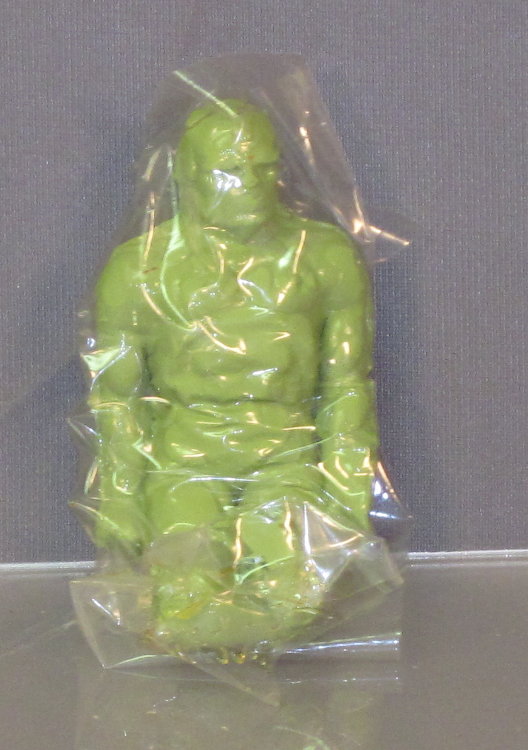 Here’s Manglord, the figure that came with this playset. This happy-looking fella is supposed to be a Swamp Thing-like creature from what I gather. This is the first Manglor I’ve been able to hold in person. Thankfully, the previous owner never took it out of the original plastic baggie (and I’m not about to, either), so this example is still fairly moist and sticky. Manglors are so rare that I’m not sure what happens to them over time, but my guess is that if they were not stored like this example, they would be prone to drying. It looks as though the version of Manglord that was sold individually had a purple collar and skirt, so this version is likely exclusive to the playset. 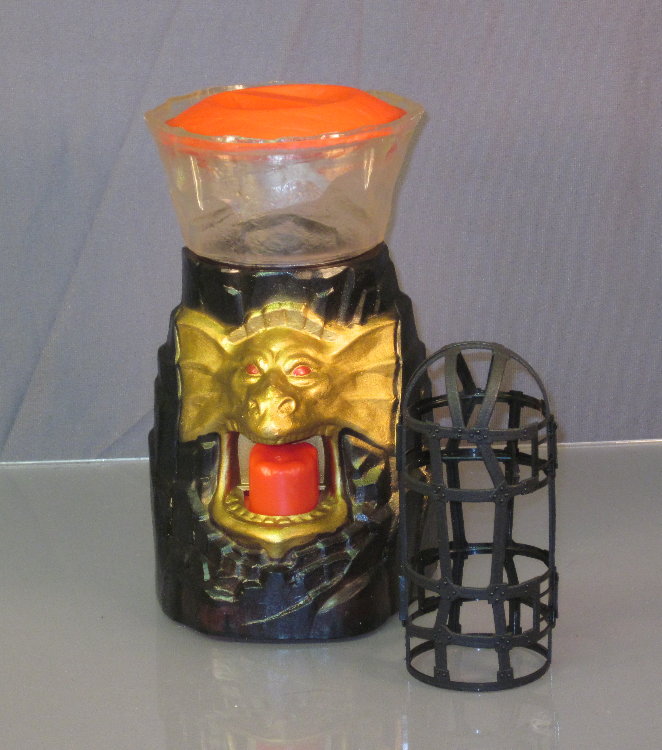 The “mountain” part of the toy was this great looking dragon-headed pedestal. Inside is a pit where you would place the Manglava, a red liquid. The cage pictured alongside of it is where you would Manglord or any other Manglor that you may have been lucky enough to own. You would then lower the cage into the pit (so it would end up behind the dragon head). You would then press the dragon’s tongue to make the Manglava bubble up. Then, you would put on a red topper and shake the thing around like you’re mixing a martini, and then out would pop the Manglor, covered in Manglava. In other words, turn one sticky mess into an even stickier mess! 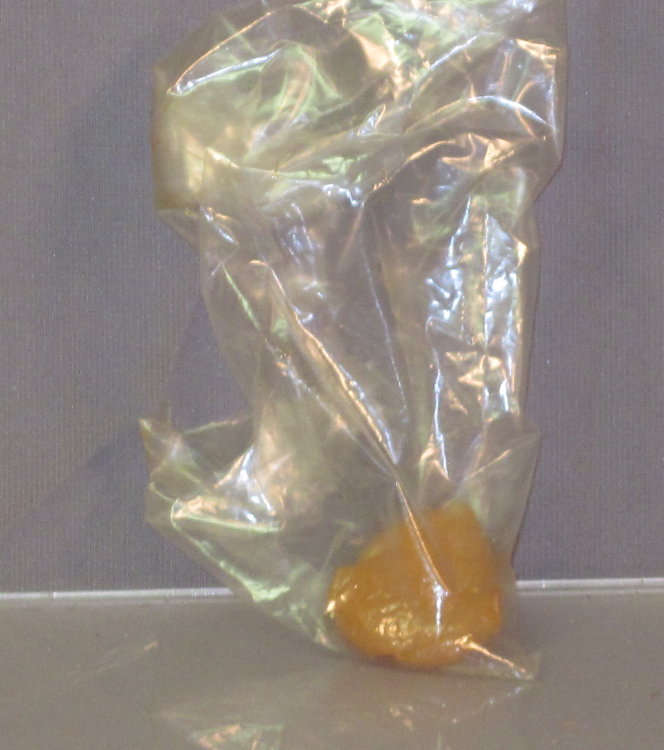 One of the amazing aspects about this example is that the Manglava is still there! However, unlike the Manglord that came with this example, the Manglava has not held up over time. It has congealed into a solid little ball. The good news is that it’s miraculously intact, and thankfully, the original owner never decided to throw it into the mountain itself. Otherwise, I would have had a lot of goop to clean out.

While Manglors were obviously flawed in concept, there’s a certain charm associated with old toys like these, especially if they took risks. Ideal was simply trying to stake its claim in the wildly popular world of action figures in the early 1980s, and while it didn’t quite work, at least they created something completely different in the process. And I’m glad I was able to find the same rare toy twice so as to not feeling like I’m hoarding things from people who want to own them more than I do.

This entry was posted in 1980's, Action Figures, Ben, Monsters. Bookmark the permalink.

5 Responses to Manglor Mountain: A Tale of When Lightning Strikes Twice