Mourning Lincoln – The Road to Immortality 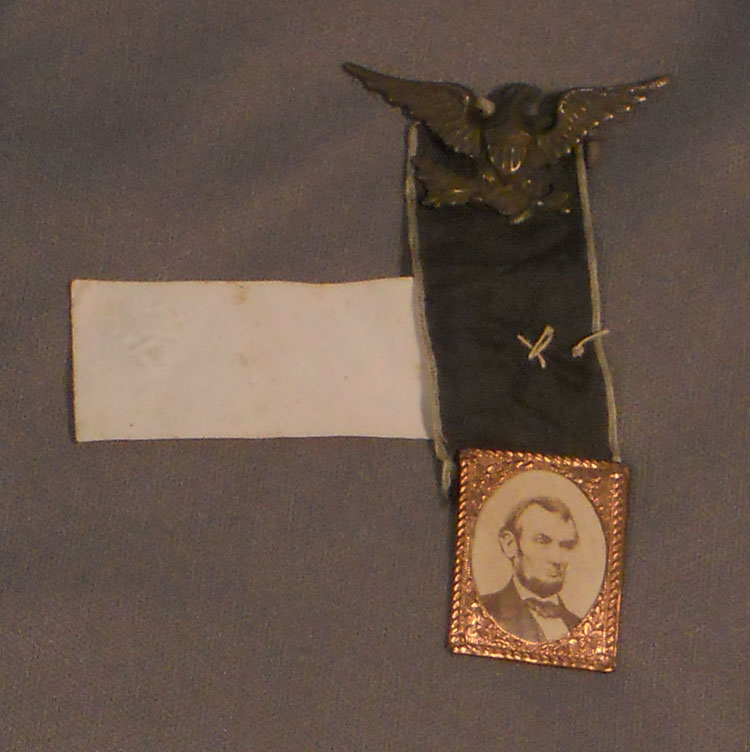 There is no doubt that history remembers Abraham Lincoln.  Among all the famous people of our past, Lincoln shares an elevated status achieved by only one other person – George Washington.

Without George Washington, there may well not have been a United States of America and without Abraham Lincoln it may not have stayed together.  Countless books have been written about every aspect of Lincoln’s life.  His image is known to every American who knows even a little bit of history.  He has become iconic – the stuff of myth and legend.  He is the man who was born in a frontier log cabin, received little formal education and yet is regarded as a genius.  He led us through the worst crisis in American history only to be assassinated days after it ended.  Many have speculated the “what ifs” had Lincoln served his second term.

Such an important figure also demands a high figure in the collecting world.  While finding objects with Lincoln’s image on them is not difficult, finding objects that date to his presidency or his assassination are highly prized by collectors.  I am fortunate that I have managed to find a few items over the years that I have been able to afford.  Among them is the badge featured in this article.

When Lincoln ran for president in 1860, he and the other candidates were the beneficiaries of a new technology that did not exist in prior elections.  For the first time ever, it was possible to produce a campaign item that actually had a real picture of the candidate on it.  Consequently, for the first time in history the average voter got to see what his future President really looked like.  These pictures were produced on small pieces of iron and were called “ferrotypes” They were usually encased in a brass “shell”. 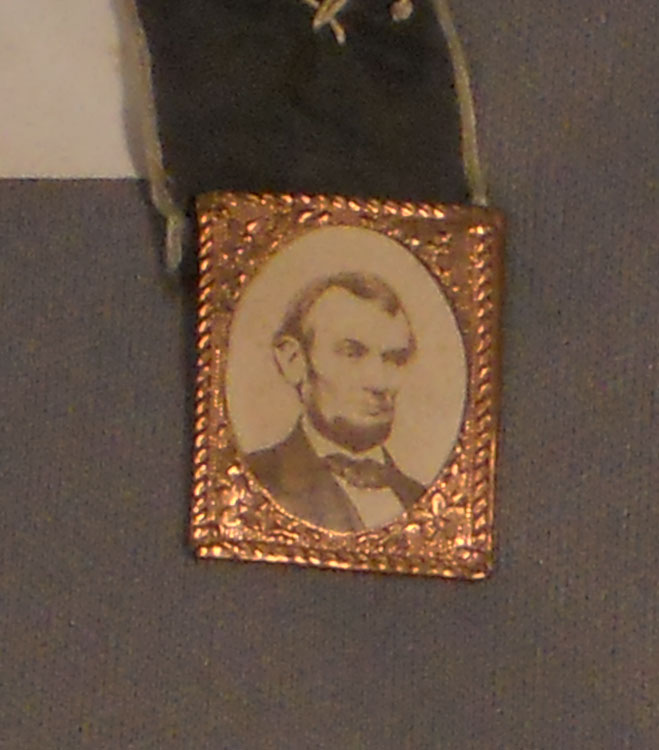 By 1864, when Lincoln was running for re-election, the technology had evolved further so that images could also be produced on paper.  An easy way to tell which campaign a Lincoln item is from is in 1860 he didn’t have the beard yet.

Lincoln fully expected to lose the election of 1864.  That would have been bad enough but his Democratic opponent that year was none other than George McClellan, the general Lincoln had fired twice. The Democratic platform promoted a negotiated peace with the south which might have left the issues of slavery and union unresolved.  McClellan did not personally support these ideas but fears persisted how the Democrats would pursue the war. The fortunes of war ultimately turned in favor of the north though, thanks in large part to General Sherman’s march through Georgia, and Lincoln was, of course, re-elected.  His second term had barely begun when the war effectively ended with Lee’s surrender to Grant.  Lincoln was assassinated less than a week later on April 14, 1865 by John Wilkes Booth. 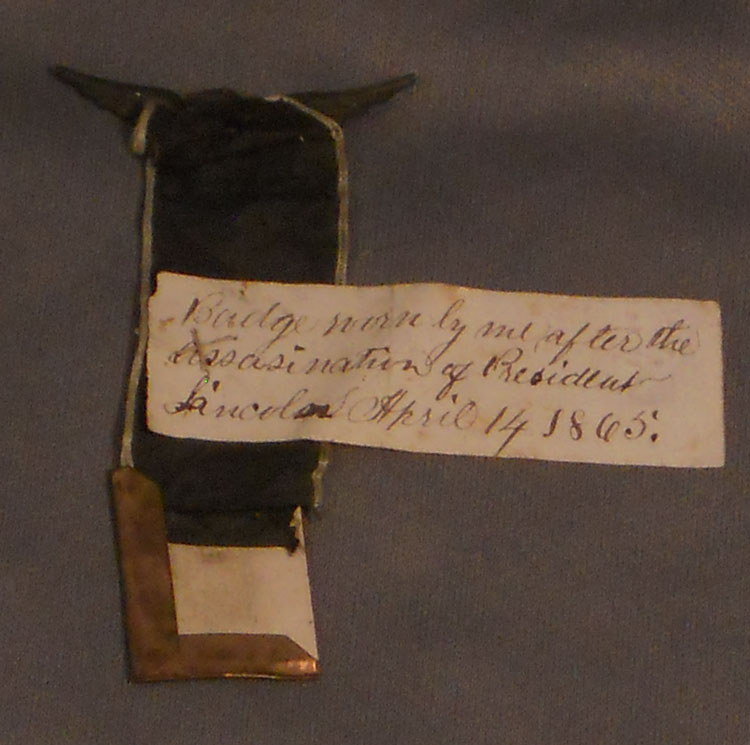 The reason I mention all of this is that the item pictured in this article was worn by the person who sewed the little note to the back of the black ribbon.  He was certainly not alone in his mourning of the late President.  Literally millions of Americans participated at least in some way in Lincoln’s funeral.  If you take into account that the train that transported Lincoln’s body from Washington, D. C. traveled a long circular route through many northern cities on the way back to Springfield, Illinois for burial and his open casket lay in state for literally thousands of people to view in each city (500,000 in New York City alone) it is easy to speculate that more people cast their eyes upon Lincoln than all of the other Presidents combined up to that time.  If you take into account those that watched each funeral procession in each city and even those who simply stood by as the train passed by (as entire towns did) it probably would rank as the single event shared by more Americans than any other up to that time and possibly for all time.  Those of us who remember the Kennedy assassination will never forget that time, but most of us stayed home glued to the TV –something not possible in Lincoln’s time.

The inscription sewn to the back of this ribbon reads “Badge worn by me after the assassination of President Lincoln April, 14 1865.”

In Ted Hake’s “Political Buttons Book III 1789-1916”, item #3092 looks to be the same badge with the obvious exception that the ribbon looks like a small American flag.  Given that the black ribbon is somewhat crudely attached, it seems likely that someone simply changed out the ribbon.  It makes sense given that only a few months would have passed from the election to the assassination.

I doubt the individual who did this was thinking much about the value of this item almost one hundred and fifty years later.

From a collecting standpoint, it would have been better if he had left it alone.  Campaign items are generally worth more than mourning objects.  In terms of history, however, I think it makes this little item more interesting.  After all, the re-election of Lincoln was crucial point in history necessary to end the war, slavery and restore the union.  His second inaugural speech is one of his most famous (“with malice toward none and charity for all”) and his mourning was the beginning of the elevation of Lincoln from a living mortal to one of the most revered individuals in of all time.

That’s a lot of history in one little object that fits in the palm of your hand.

This entry was posted in 1800's, Americana, Historical, Jim, Political. Bookmark the permalink.